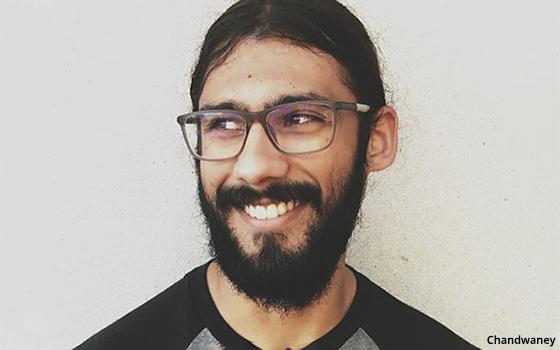 In an open letter posted to Facebook’s internal message board obtained by the Washington Post, Facebook software engineer Ashok Chandwaney publicly resigned Tuesday after accusing the social network of “profiting off hate,” the Washington Post reports.

“I’m quitting because I can no longer stomach contributing to an organization that is profiting off hate in the U.S. and globally,” Chandwaney wrote.

It has become common to see hate posts from members on Facebook in the same stream as advertisements from Coach and Nordstrom.

Chandwaney went on to explain that he often hears people talk about the challenges in doing what is honorable, such as removing hate content and stopping hate organizing. It may be difficult, he writes, but knowing it’s the right thing to do, rolling up his sleeves and diving in seems more genuine.

“Boldness is not, on the other hand, taking a pass on implementing the recommendations from organized civil rights advocates, eg #StopHateForProfit, and even our own civil rights auditors - as we have done,” Chandwaney wrote. “Given the lack of willingness, commitment, urgency and transparency around auctioning the civil rights audit’s recommendations to the best of our ability, I am left wondering if the audit was intended to be a PR deflection strategy.”

The phrase used by President Trump -- “When the looting starts, the shooting starts” -- seemed to be a breaking point for Chandwaney based on his interpretation of a comment that Walter E. Headley, the former police chief of Miami, originally used in 1967 to describe "young hoodlums, from 15 to 21", as taking "advantage of the civil rights campaign" that was then sweeping the United States.

In a Facebook post on May 28, Trump wrote: “I can’t stand back & watch this happen to a great American City, Minneapolis. A total lack of leadership. Either the very weak Radical Left Mayor, Jacob Frey, get his act together and bring the City under control, or I will send in the National Guard & get the job done right. These THUGS are dishonoring the memory of George Floyd, and I won’t let that happen. Just spoke to Governor Tim Walz and told him that the Military is with him all the way. Any difficulty and we will assume control but, when the looting starts, the shooting starts. Thank you!”

Taking a stand against the publication of hate content in social media, particularly on Facebook, Chandwaney specifically cites Facebook’s failure to remove an event that reportedly called for violence against protesters in Kenosha, Wisconsin.

He wrote on Facebook: “violent hate groups and far-right militias are out there, and they’re using Facebook to recruit and radicalize people who will go on to commit violent hate crimes. So where’s the metric about this?”

In a September 7 post on Twitter, for example, Cher tweeted: "I wish trump every Moment Of suffering he’s Brought Our Country. Every moment Of Pain He’s Caused Our People & 4 Every VET Hes Called Stupid Or A Loser May He Never Draw an Easy Breath, May Their Parents, Siblings, Spouses, Children Haunt His Every Worthless, Empty, Cowardice Breath" -- and she is not alone.