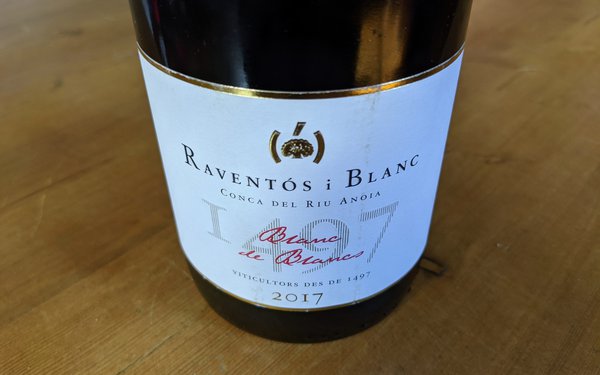 EASTON, CT -- Amid a worldwide pandemic, the backdrop of uncertain U.S. election results, and big threats to access to various forms of digital data, a global summit of the world’s leading marketing data pros kicked off Thursday with discussions focused on ethics, new approaches and sources of consumer data, “digital anthropology,” the deprecation of third-party cookies, Apple and sparkling wine.

The wine was actually an important way for the attendees to have an integrated visceral experience for what was the first “digital version” of i-com’s global summit, which normally takes place in exotic European destinations. As it turns out, the wine consumed on the summit’s first day -- Spanish winemaker Ravenetos’ Conda Del Riu Anoia 2017 -- was also data-infused.

Much of that data was sensory -- visual, aromatic, taste, etc. -- but Pepe Raventos, the current proprietary of the multi-generation family winery, also explained the geologic, climatic, horticultural and manmade cultural data points that go into producing the unique Cava, or Spanish-version of Champagne-like sparkling wine.

“There’s a lot of data in the bottle,” Raventos told his worldwide audience participating via Zoom, who received bottles of his wine as part of “magic boxes” i-com sent in advance to attendees so they could vicariously participate in real world “culinary experiences” alongside their virtual summit sessions. 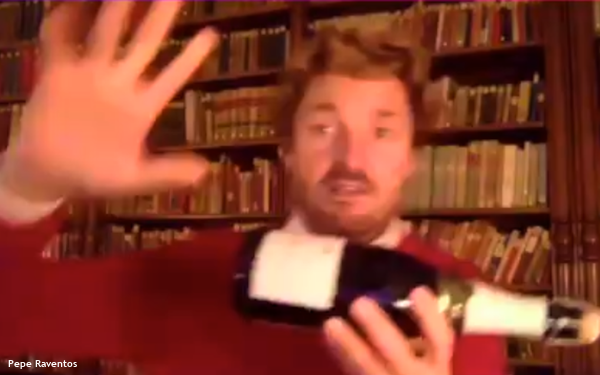 MediaPost will be covering parts of the summit over the next couple of weeks, but the first day already tackled some big issues, including the role of an important new method of marketing research known ad “digital anthropology,” which applies classical anthropological techniques to research how consumers increasingly live online in “digital villages.”

“Data science is finding the villages,” noted James Ingram, CEO of Telmar, adding, “But they leave off at the ‘why.’”

The goal of digital anthropology, he said, is to explain why people live in various digital villages and how that influences how they feel, think and behave.

The role of culture was also a central focus of a discussion about data ethics led by Sheila Colclasure - Chief Global Digital Responsibility and Public Policy Officer at IPG’s Kinesso.

The discussion of ethics has become even more important during the pandemic, because it has accelerated the shift of marketing to be even more digital, remote and ecommerce-based -- and consequently, even more reliant on data.

She used an old-school analogy of a trusted local shopkeeper a century ago who might have confidentially managed a family’s personal data discretely to help them fill their household and healthcare needs, and suggested that similar solutions of trust and transparency need to be developed for a digital age.

The session focused on the idea of developing a set of global principles for marketing data ethics, including how data about consumers is gathered, used, disclosed, controlled and owned, but Colclasure indicated the concept is only in the early stages and that there are many barriers including how to practically disclose, inform and “educate” consumers in a way that can be comprehended (ie. without a logo of verbose legalize disclaimer rhetoric).

She disclosed that she has already begun working with a “think tank” in her role at IPG on an initiative dubbed “The Informing Project,” which is trying to design a simple interface enabling practical consumer disclosure and education about how their data is being used by marketers, media and platforms.

While she did not disclose details, she alluded to a simple graphic-based interface featuring anthropomorphic characters known as “Ds and Ts -- data and technology -- that have a little bit of personality that are just luring or enticing enough to have somebody click on it.” 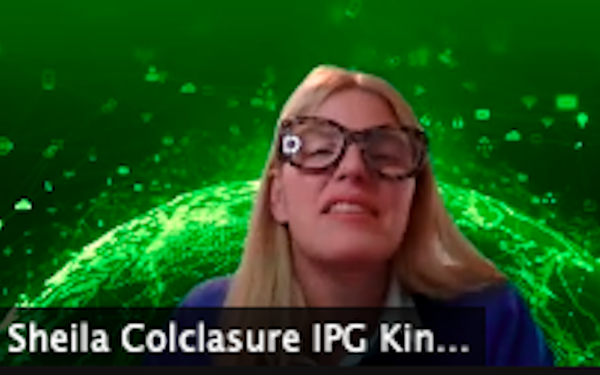