President-Elect Biden: Where The Brands Sit 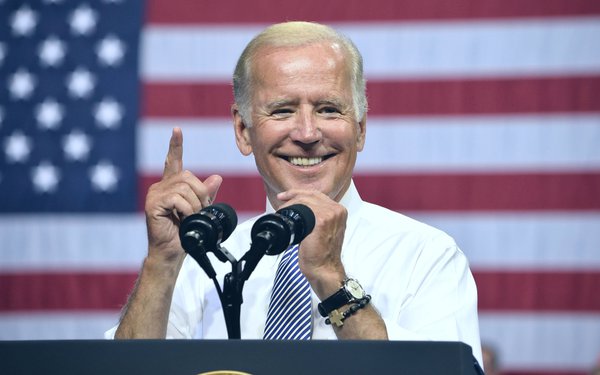 While President-elect Joe Biden did not campaign on aggressive promises to break up Facebook and Google as Donald Trump's administration has, that doesn’t mean Silicon Valley tech companies and brands are out of the woods.

How will the next administration affect advertising? Centro CEO Shawn Riegsecker called it the “multibillion dollar question” the industry faces, and said "probably the only thing the two parties agree on is how much they hate big tech."

“I think it will all get worked out, probably for the better, and I don’t think it will have a massive headwind for programmatic or DSPs, because I can create a lot of scenarios where the third-party data we’ve been using isn’t all that important or accurate,” he said. “If we can replace it with something else, I think it will be better for the industry. It will affect some level of frequency capping or cross-device attribution, but when you get down to it, advertising has been a large, consistent and healthy industry before we had the ability to microtarget.”

As machine learning takes over and the industry focuses on how algorithms drive performance and the signals generated, most are not predicated on some third-party data, he said.

"The bigger story to me are the effects from DOJ and the FCC, and how they look at how much big tech controls consumers, industry, and competition," Riegsecker said.

Brands often use current events to do “real-time marketing” in social media, but many remained quiet on Biden’s win, he wrote, and called those that weren’t “pretty oblique about it.”

For those wondering what brands donated to Biden vs. Trump ahead of the 2020 election, here’s a short list.

Advertisers may soon have the ability to reach more consumers through digital media, but it’s not all Democrat driven. Congressional Democrats, led by House Majority Whip Jim Clyburn, have called for the party to ensure every home, from inner cities to rural America, have broadband.

Trump spent several years working on an infrastructure packages that would include helping to build out and provide free broadband in rural areas. But don’t attribute that win to Biden or the Democratic leaders. Under Trump that process began months ago. It’s already happening in rural Wyoming.

Many of Biden’s promises follow Trump’s actions, such as made in America; bring jobs back to the U.S.; and invest in supply chain in America, so the country isn’t dependent on China or any other country for critical goods.

It’s not clear how Biden plans to support U.S.-based brands or the space industry, but it’s almost certain he and vice president-elect Kamala Harris will take California’s Privacy Law Proposition 24 — also known as the Consumer Privacy Rights Act, a law that will strengthen existing privacy measures in California — and weave it into the fabric of the United States.

On Biden’s website, he makes a pledge to invest $300 billion in research and development, as well as “breakthrough technologies,” from electric vehicle technology to lightweight materials to 5G and artificial intelligence, with an aim to create “high-value manufacturing and technology” jobs.

And then there’s the “invest in all communities” pledge. During the Obama era, rural communities were ignored as they are by research and media. I hope that’s not the case in the next four years, where companies still rely on word of mouth to sell their products and services and many are left behind in the tech-economy.

Marketers can read about his strategy here. Let’s see if he sticks to his promises and how much the party accomplishes.