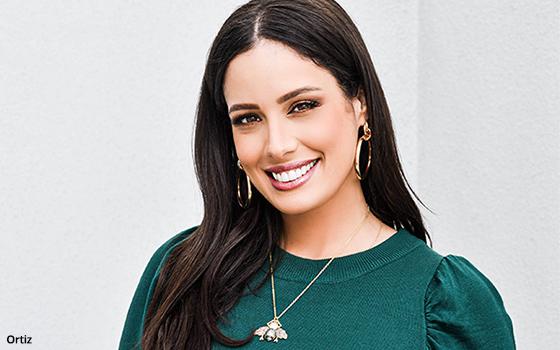 The segments -- which will air each Thursday and Monday, beginning November 19 on “Despierta America” --will showcase an assortment of high-quality trending brands, trendy looks, lifestyles, and seasonal solutions carefully picked by Aleyda Ortiz, the host of Univision’s Gangas + Deals.

“We also found a way to introduce Latino small businesses,” Ortiz said. “We’re opening our doors for them to show us their businesses, what they do, share with us their stories.”

The new segments will showcase Latino businesses on television and tie the products into an online shopping experience to provide viewers with the best deals, including well-known products with good reviews.

“I’m excited about the change,” Ortiz said, referring to the way the show will highlight small businesses.

The show aims to empower Latina entrepreneurs in the United States, tying the six-minute segments into website copy and promotions, as well as Facebook and Instagram pages. Fans also can subscribe for deal alerts.

Attempting to attract a broader audience, Ortiz speaks in Spanglish on air during the broadcast, giving U.S. consumers who might not speak Spanish a way to view and buy products.

“Latino is a big segment of our audience, but they live in the United States and may not speak or remember the Spanish terms because they speak a lot of English during the daily work day and may forget,” she said.

Gangas + Deals taps into Univision’s Spanish-language portfolio that consists of broadcast and cable television networks, audio and digital platforms to promote the initiative.

The network has served the Hispanic community for more than 50 years and owns the largest amount of first-party insights into the Hispanic consumer. That data, along with more than 20 syndicated research partners, assists to guide product decisions.

It also ranks as the No. 1 early morning program with more Hispanic viewers than its English-language broadcast counterparts such as ABC's "Good Morning America," "CBS This Morning" and NBC's "Today Show,” as well as Telemundo's "Un Nuevo Dia.”