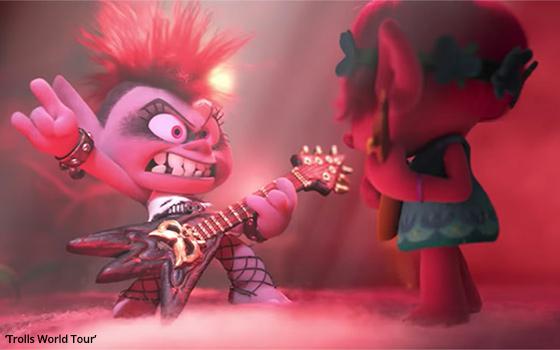 When the theatrical release of the kids’ movie "Trolls World Tour" planned for April failed to materialize after COVID-19 turned into a pandemic and shut down movie theaters nationwide, NBCUniversal needed another plan.

Pulling a major theatrical release predicted to become one of its highest-grossing of the year wasn’t an easy decision, but rather than wait for movie theaters to re-open, NBCUniversal pushed the major release out to digital services -- a bold move, given the circumstances.

“The world shut down around us, including theaters,” said Lyndsey Adams, senior account executive at NBCUniversal. “So we pivoted from a theatrical release to a premium video on-demand via digital platforms like iTunes, and Hulu. It was an opportunity to give families a chance to enjoy a theatrical event.”

The studio, which normally splits sales approximately in half with theaters, earned an estimated $75 million. It didn’t dispute the reported number, but it’s a far cry from theatrical releases like "Despicable Me 3" in 2017, which grossed $264.6 million.

"Trolls World Tour," released in July through digital, also highlighted the challenge of how the pandemic affected the entire lifecycle of movies.

Adams said NBCUniversal found the most important message to consumers was about convenience -- and influencers relayed that message. The campaign helped the movie skyrocket to success in an Instagram-only campaign.

“I think digital will become a mainstream part of releases even after the pandemic,” Adams said. “You might have it released theatrical and then PVOD before you can own it. It also opens an interesting opportunity for smaller titles that might not get a moment in theaters.”

Inmar Intelligence, which powered the influencer marketing portion of the campaign, delivered engagement rates 11.8 times higher than the industry average. By using direct add-to-cart links, influencers drove 2.5 times the campaign costs in potential revenue from Trolls World Tour Merchandise with their content. The number of engagements each post received was 46% higher than internal benchmarks for similar programs.

The industry may see influencers in campaigns to promote the movies in the future will talk about the at-home viewing parties and rewards. “One of the things we learned most during COVID is that there are a lot of things emerging as popular pushed by the pandemic,” said Leah Logan, vice president of products at Inmar Intelligence, who notes that the key is creating the movie theater experience at home. “Messaging has been one of those.”