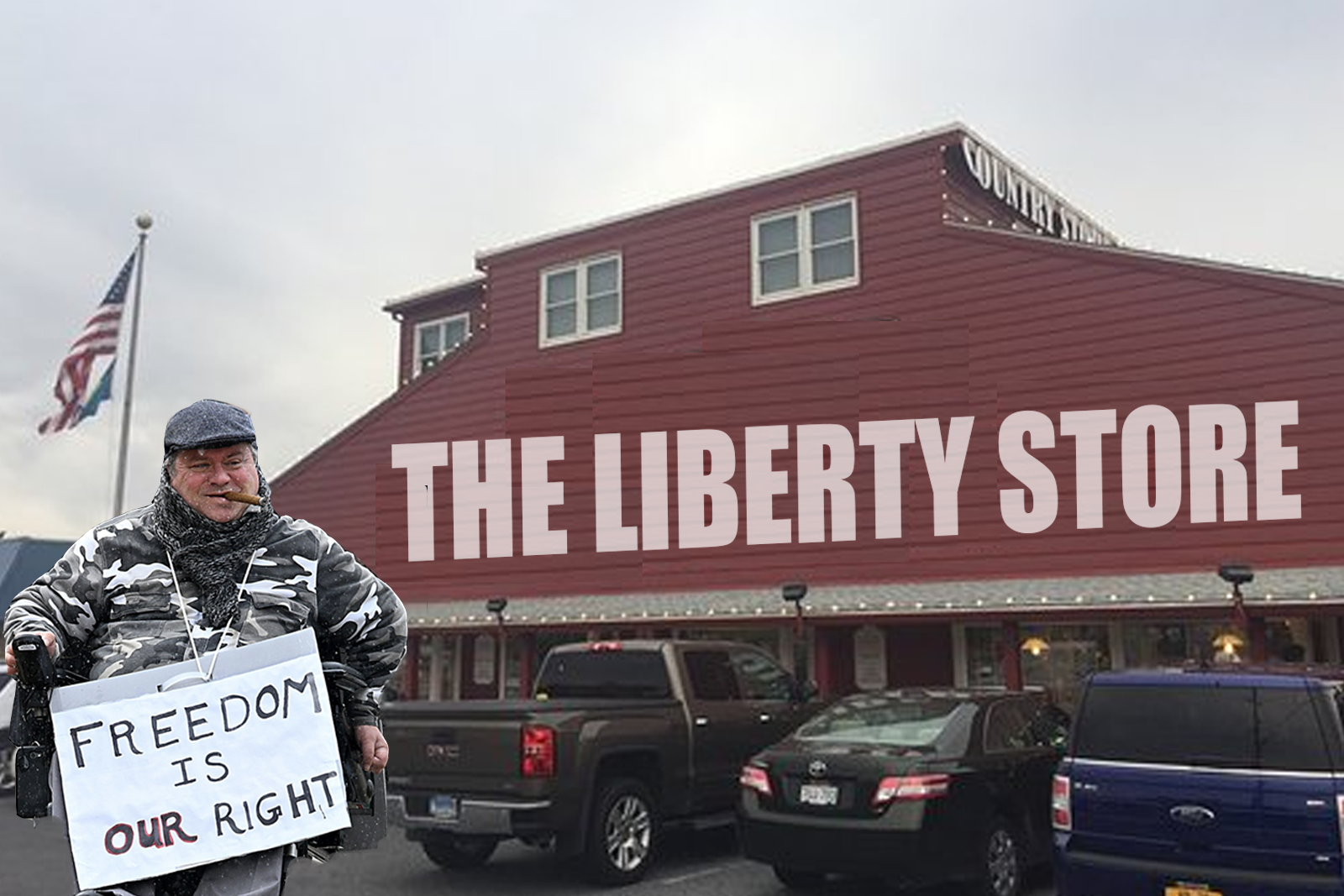 I’m all about freedom, and clearly the government wants to take my freedom away. So why not create a store for others like me?

First, cigarettes! Unfiltered (of course) and without those warning labels, and no taxes. Because I should be able to make my own decisions! And, no more age limit for purchasing cigarettes, because parents should decide when children can smoke. Same for alcohol: no age limits. And if you want to smoke, go for it. No rules against indoor smoking in my Liberty Store.

Then, travel. I’m going to get and sell the Ford Pinto! Why? Because most of them don’t explode, and again, my safety, my choice. Unleaded gasoline will be offered at my pumps out front.

For heating, you can buy coal at my Liberty store. Sure they call it “clean coal,” but we know that’s just a marketing phrase. I want good old-fashioned dirty coal for my furnace.

And we’ll have guns and ammo too! The good ones, the AR-15, the 50 caliber, rocket launchers, and of course -- all open carry. Because the Second Amendment says I can.

And at our pharmacy, you can get whatever you want: knock-off drugs from China, Canadian drugs smuggled across the border. No FDA approval needed, because my health is my business.

And what about my dog’s liberty? Dogs use their poop as a way to mark territory. And their freedom shouldn’t be impinged by my having to pick up their poop. So, I think that we are going to see “Protect my Poop” dog T-shirts. New York’s Canine Waste Law, which took effect in 1978, is a clear infringement on my pup’s pooping rights.

Also, in my store you can say anything you want. Free speech is free. Curse, threaten others, scream “fire!” even if there’s no fire.

In the children’s area, we’ve got cribs for your babies, even the ones with the rails that children have died putting their head through. Because  the government shouldn’t be able to tell me how my children sleep. And, we’ve got those window blinds with the strings, the ones kids sometimes hang themselves on by accident, because parents should be responsible for children, not the government. If your apartment has those annoying childproof window cards, we’ve got the security screws so you can take them down.

Drive into my Liberty Store, and you won’t be asked to put on a seat belt when you leave. They’re uncomfortable, and they limit your ability to jump out of your car if it bursts into flames. Freedom means be able to drive without being buckled in.

And if you have a motorcycle like I do, no need to wear a helmet. It's my head, and I have the right to crush it if I want. Heck, we don’t even believe in traffic lights, because they limit your liberty. And speed limits, no way. Drive as fast as you want.

Finally we get to face masks. OK, I know that there are state laws, and I don’t want you to get in trouble. So I’ve invented a special mask at my store, it looks like a mask, but in the mouth area, the fabric is cheese-cloth -- totally breathable. So you can appear to be masking up, but still breath free. And if you have COVID, all the better! You can help with herd immunity by spreading the disease freely.

And, what about our rights to pay without the fake government dollar? At the Liberty Store, you can pay with Bitcoin, or gold, or even barter -- or just bring your child and have them sweep up and wash dishes to get “Liberty Credits” that you can spend on our products.

"The U.S. Supreme Court has recognized very few exceptions to the First Amendment," said Robert Richards, founding director of the Pennsylvania Center for the First Amendment at Penn State. "The categories of speech that fall outside of its protection are obscenity, child pornography, defamation, incitement to violence and true threats of violence. "Even in those categories, there are tests that have to be met in order for the speech to be illegal. Beyond that, we are free to speak.”

Certainly, COVID has gotten people concerned enough to take some extreme measures. But let’s face it, it could still be a hoax — and even the Supreme Court has said… let’s hold on one goshdarn minute.

In a speech on Nov. 12, U.S. Supreme Court Justice Samuel Alito declared that many state restrictions designed to curb the pandemic are overreaching and infringing First Amendment freedoms, the Christian Post reported.

“The pandemic has resulted in previously unimaginable restrictions on individual liberty,” Alito told the Federalist Society. “It is an indisputable statement of fact, we have never before seen restrictions as severe, extensive and prolonged as those experienced for most of 2020.”

Then, on Dec. 3, the Supreme Court sided with a California church and declared Gov. Gavin Newsom’s order prohibiting some worship services unconstitutional.

So come on over to my Liberty Store and express your God-given American rights to choose the laws you observe, and enjoy your hard-fought liberties. Even if in the end it means you risk your life, and the lives of those around you. Because going to a mask-less Christmas party makes it all worthwhile.