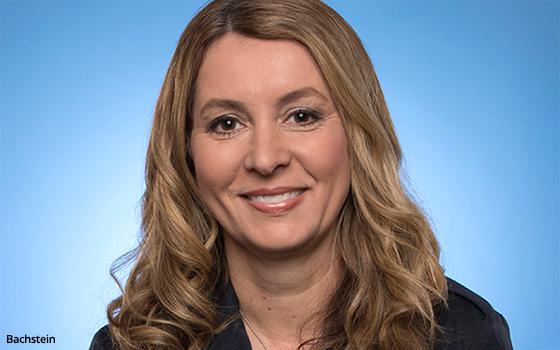 Sheri Bachstein, global head of IBM Watson Advertising and The Weather Company, an IBM Business, believes 2021 will see more advanced technologies such as artificial intelligence (AI) and augmented reality (AR) come into play across a variety of platforms.

Advanced technologies like voice, AI and AR will require federal privacy legislation to connect consumers with brands. IBM has been building out a suite of products to support privacy, yet predict buying patterns, including a feature for contextual advertising.

“We need a national privacy legislation, so we don’t have a patchwork of each state coming up with their own laws,” she said, pointing to other countries like those in the EU. “It would become very difficult for publishers to work that way.”

As the third-party cookie nears its demise, the industry can meet its new future in two ways by either collaborating with lawmakers to set federal standards for consumer privacy solutions, or creating and leveraging new foundational technology that underscores the industry’s evolution, she said.

Bachstein and Data & Programmatic Insider connected via phone to talk about some of her predictions for 2021. Excerpts from the conversation follow.

Data & Programmatic Insider:  What do you mean by COVID-19 representing a temporary space for advertisers?

Sheri Bachstein:  There have been a lot of changes related to advertising and COVID-19. While some will be temporary, others will remain. Travel may take time to recover.

We have already begun to see advertising revenue decline in the U.S.

August was the first month that year over-year as an industry rose. It continued through the remainder of the year. We’re seeing a rise in CPMs. We’re well on the way to recovery. Everyone is watching closely, but we do see that recover in Q4.

Temporary in terms of certain markets being able to rebound quickly. Consumer behavior has changed, and likely some of the behavior will stick around opening opportunities for really unique future technology such as augmented reality.

AR will benefit because companies can use it to create interactions. I’m looking forward to, say, when I can try on a shirt virtually. It’s coming. You’re starting to see it being used by some of the beauty brands.

The saddest thing is when you go to the store, the dressing rooms are dark, and you can’t try anything on. It’s disappointing for those who like to shop. If we can only shop online, at least we can feel like we’re in the store. Returning things has gotten easier, but it still takes time.

These types of technologies will require federal consumer data privacy legislation. Privacy is the biggest upheaval for the advertising industry, and we will see this shift come about in a variety of ways across legislation and policy changes from the major tech companies, like Google and Apple.

D&PI:  Is the advertising industry ready to work with the U.S. federal government to make that happen?

Bachstein:  Yes, we are. There are many trade groups working to make it happen. Several people in the publishing community sit on the boards of the trade industries. We’re all aligned that it would be so much better to have a standard playbook. It would be right for the consumer as well, because it sets clear expectations.

D&PI:  Do you see any legislation in the near future that would change the industry?

Bachstein: There are discussions on it. In the new U.S. administration it will be top of mind.

Hopefully we will see movement. California recently approved another round of privacy that goes along with CCPA. But that’s just one state. You’re seeing other states too, and that’s why it needs to go to the federal level.

Federal mandates and unified IDs may not be enough. IBM sees a lot of discussions around Unified IDs, and most recently, The Trade Desk’s Unified ID 2.0, which is a pool of industry collaborators that seeks to address the deprecation of the third-party cookie.

Bachstein believes Unified ID 2.0 may offer a partial fix, but ultimately advertisers could run into the same privacy constraints in the future.

“Unified ID 2.0 is a step in the right direction, but the solution alone isn’t enough to replace what marketers will lose when third-party cookies are phased out and mobile identifiers are changed to opt-in,” she wrote in a previous email.