Twas The Deadline Before Christmas, And All Through The White House...

Twas the deadline before Christmas, and all through the White House

Not a signature was stirring, from the Commander-in-Louse

As we wait for the President to veto -- or more likely do nothing and effectively pocket veto -- the Covid relief bill, while being busy with more important matters like pardoning heinous war criminals, epic Medicare fraudsters, and his other friends and family, I couldn't resist taking one last shot at 2020, as this is the last "Red, White & Blog" of a year we'd all like to forget.

But before we do, I figured I'd make a list and check it twice to find out which columns and articles were, well, you get the idea.

The most read "RW&B" was our March 11 column about Pew Research Center's nationwide QAnon poll, showing most Americans had never heard of the wacko conspiracy movement (I'm pretty sure that's changed by now), followed by our May 5 "It's Morons Again In America" about The Lincoln Project's hilarious versioning of the classic Ronald Reagan Tuesday Team spot, updated for you-know-who.

As for our straight-up Marketing Politics Weekly coverage -- both news stories and commentaries -- our March 16 "President No Longer Favored To Win Reelection" story showing the inflection point among Las Vegas oddsmakers shifting in favor of Joe Biden that ranked No. 1, and also making it one of the most read stories on MediaPost overall.

To all those readers I've offended over the past four (feels like 40) years with columns like "You Don't Want To Make President Hulk Angry," or "MAGGOT Is The New MAGA," I sincerely apologize. It was never my intention to hurt your feelings, or mock your sensibilities, only to make you think. But as Ipsos noted relatively early on in the election process, we now live in alternate realities of Mars vs. Venus, so pretty much anything I would have opined on would have gotten to some of you.

I will say it's never easy covering politics -- even when it's mainly about media and marketing -- but 2020 was a challenging year for all of us, and I promise to be, as another former President once suggested, a kinder, gentler columnist in 2021.

Happy holidays and best wishes for the New Year (even if you voted for President Hulk)! 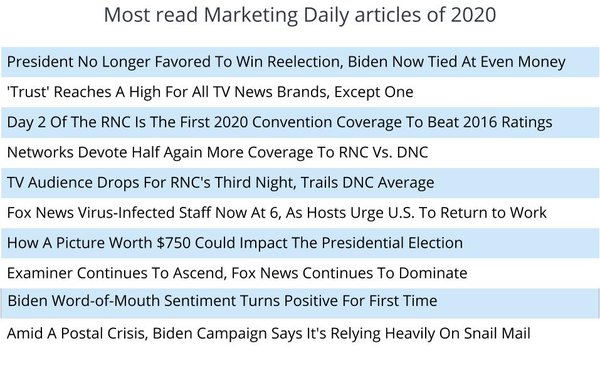 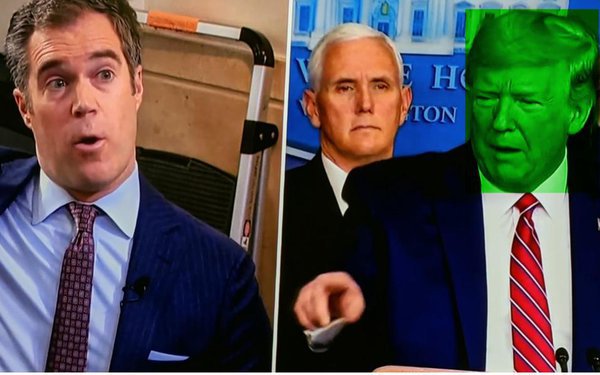