It's Morons Again In America 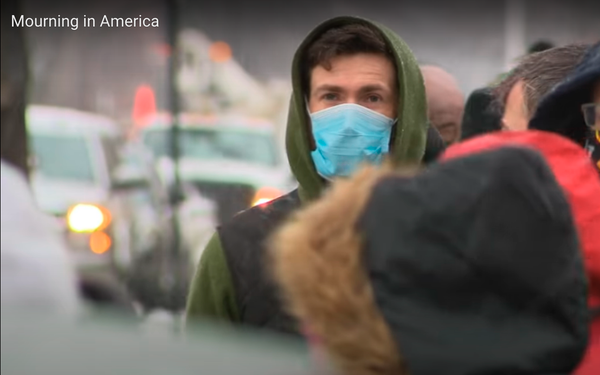 I covered the Tuesday Team’s original “Morning In America” campaign for Ronald Reagan for Adweek in 1984, and I’ve been waiting for three-plus years for someone to invoke a “mourning” version, and this week, a conservative Republican advocacy group broke one.

Appropriately, the group -- The Lincoln Project -- launched it the day following the incumbent President’s “town hall” session with Faux News -- er, I mean Fox News -- inside the Lincoln Memorial. Honestly, I could almost hear a stoic Abe looking down and intoning, “morons!”

At least, that’s what I was imagining. You’d have to be a moron to believe that the current President is anything like our 16th one.

Indeed, the ad portrays 45 more like 31 -- Republican Herbert Hoover, whose policies exacerbated the Great Depression. Except this time it’s worse. It’s not just the economic shambles the incumbent is wreaking, but one that is giving Americans much more to mourn than their personal finances or national economics.

“Today, more than 60,000 Americans have died from the deadly virus Donald Trump ignored,” the narrator continues, emphasizing that it’s not just death and sickness, but poor economic leadership that has cast a pall over America, noting, “Under the leadership of Donald Trump, our country’s weaker and sicker and poorer.”

The spot was long overdue, and although I fully expected a version of it to air leading up to Election Day, I do think the timing right now is a perfect reminder of how moronic those who support the President’s reelection must truly be.

I wrestle constantly with whether he is a madman or moron, but I will admit he has a showman’s chops that continue to pull it off by pulling the wool over the eyes of his base. I understand why many of them continue to support him, but identity politics aside, they are increasingly identifying with a death wish. And we will continue to mourn America as long as they do.

If I might suggest another Riney spot worthy of re-versioning for the 2020 campaign, it would be the “Bear” spot he also created for Reagan’s 1984 campaign.

I broke that campaign story for Adweek, and I remember that in some ways, it was even more decisive for Reagan’s reelection, because it marginalized opponent Walter Mondale as being weak on Russia’s military threat.

If someone would recreate it today, it could be a double entendre, because not only is our current President weak on Russia’s hybrid warfare against the United States, but bears also are a metaphor for a weak economy.

You can view Riney’s “Bear” spot here, but even if you don’t, read his copy and think about its meaning for 2020.

"There is a bear in the woods. For some people, the bear is easy to see. Others don't see it at all. Some people say the bear is tame. Others say it's vicious and dangerous. Since no one can really be sure who's right, isn't it smart to be as strong as the bear? If there is a bear."