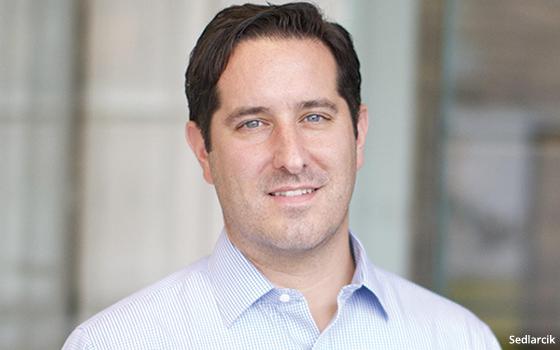 When Peter Sedlarcik began his agency career at Carat, working under legendary media researcher Joanne Burke, his focus was not surprisingly on researching an input: media. Two decades later, he has helped pave the way to thinking more about outputs: how media influences consumer behaviors and grows his clients’ brands.

While that process was already taking root back then — Carat was the first major media agency to embrace marketing-mix modeling and even acquired the pioneer in the field, MMA — Sedlarcik says the tables have turned and media decisions are now being driven by analyzing data about what moves his clients’ needles.

“Way back when I started at Carat, we were focused almost entirely on media research,” he recalls, adding, “Now everything is much more about data, analytics and business-based outcomes. But whether it is media or data, the client’s business results are underpinning everything.”

Sedlarcik wasn’t along just for the ride, but has helped steer the shift and develop some new tools for applying data to understand which media perform best for his client’s outcome-based goals.

As chief data officer of Havas Media, he launched “Converged,” an addressable research and data tool that helps power the agency’s global operating system — dubbed Media Experience, or “Mx” — by enabling its planners, buyers and strategists to use addressable audience insights to create consistent consumer insights and segments through the process, from planning to activation.

For clients such as Puma and TripAdvisor, those addressable consumer targeting insights drove more efficient media buys, including savings of as much as 12%, as well as “return-on-investment” improvements of as much as 60% on the money they paid for their ad buys.

Those results helped Havas land two new key pieces of business in the health category, boosting the agency's billings by $120 million in 2020 —  a year that would have been considered challenging by any standard.

“By leveraging more modern tools, data and tech, he excelled at every turn and carried that momentum into 2020,” says Havas Media North America CEO Colin Kinsella, who promoted Sedlarcik to chief data officer the year before.

Even as he develops new tools and methods to give his clients a proprietary edge, Sedlarcik also plays a key role in the broader ad industry, serving as the chair of the 4A’s Media Measurement Council, and serving on the boards of the Media Rating Council and the Advertising Research Foundation.

As much as the industry’s focus on data has changed, Sedlarcik says he remains focused on the role media plays in activating consumers on behalf of his clients’ brands, especially figuring out new ways of leveraging Havas’ highly regarded proprietary research on “Meaningful Brands.”

“The media component is clearly a core element of what we’re looking at,” he explains, adding: “What we’re trying to understand is what the media’s contribution is to our clients’ sales outcomes."

“But we never want to lose sight of what role media plays in driving the meaningfulness of the brand. There’s always that undercurrent. That component is always there. What has shifted is that back when I started people were only looking at those media variables, and it was assumed that other people were looking at the non-media components. Now we’re looking at both simultaneously.”