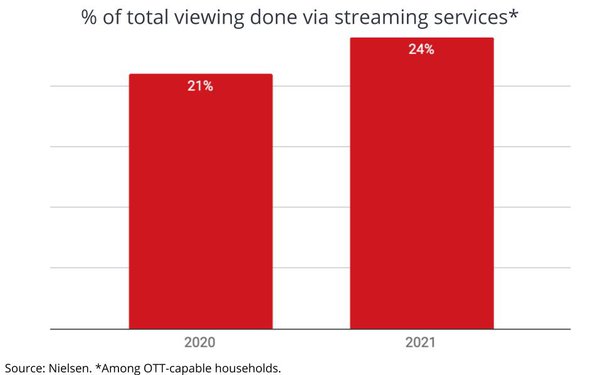 Speaking during a session at the CES conference, Nielsen executives said the new theatrical video-on-demand audience measurement service was launched in response to pandemic's impact on studios accelerating direct-to-consumer streaming of new films, often launched in conjunction with or in lieu of cinema releases.

“As this unprecedented pandemic continues to influence consumer behavior, perhaps even through a prolonged state of recovery waves, being able to measure and help clients appropriately monetize new revenue streams has never been more crucial,” Nielsen General Manager of Audience Measurement Scott Brown said in a statement, adding “A bigger question might be what will audiences do following any recovery, how the behavior adopted during stay-at-home orders might influence habits when consumers have the ability to go back to theaters to enjoy that experience and how content creators will leverage data to make the best decisions regarding distribution platforms in the future.”

Nielsen estimates that streaming currently accounts for 24% of total viewing among OTT-capable homes, up from 21% a year ago.