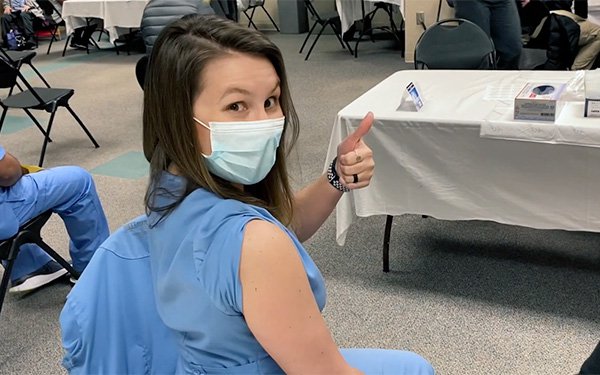 For the first time in 37 years, Budweiser is forgoing its iconic in-game Super Bowl LV airtime on television, and reallocating the media investment to help support critical COVID-19 vaccine awareness and access.

The budget will go toward various marketing efforts running throughout the year.

The year-long campaign kicks off with a digital spot, “Bigger Picture,” that aims to celebrate the resilience of Americans during very trying times. it will run digitally during the week leading up to and during game day.

A Budweiser spokesperson said the company will donate a percentage of its advertising airtime in 2021 to the Ad Council’s COVID Collaborative, one of the largest vaccine education campaigns in American history, and Budweiser will continue to support vaccine adoption efforts with additional campaigns throughout 2021.

The campaign was brought to life by David Miami and storytelling production company 1stAveMachine.

The decision to forgo its spot in the Super Bowl LV TV lineup goes hand-in-hand with its commitment to bringing Buds back together safely soon, according to the company.

And while Budweiser won’t run with the iconic Clydesdales on big screens this year, it  still plans to ensure Budweiser beer is in consumers’ hands.

The company is offering every person of legal drinking age in the United States a free Budweiser and a chance to win additional at-home viewing prizes from Jan. 25 until the Super Bowl on Feb. 7 by visiting ABeerOnBud.com.

This year the game's 30-second spots ran for about $5.6 million on CBS. CNBC points out that this year some advertisers may end up getting a deal. The game typically sells out around Thanksgiving, but there still appears to be ad inventory available. Last year, Fox charges averaged $5.6 million each, selling roughly 77 paid ads.