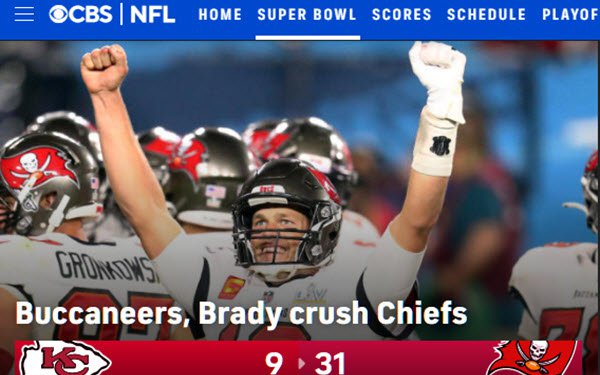 For the first time in the 55-year history of the Super Bowl, Nielsen ratings numbers were not available the day after.

The results had not been released by the time of this posting -- 7:20 a.m. ET on Tuesday.

“Super Bowl numbers are still being processed and verified,” Nielsen said in a statement released Monday evening. “We anticipate that final viewing figures, which will include out-of-home viewing, will be available to the media tomorrow. We will update the press and the industry accordingly when a final timeline is confirmed.”

No specifics on the data issues holding up the numbers have been reported as yet.

Normally, Nielsen releases its “fast nationals” ratings by about 11 a.m. each day.

While those numbers aren't very accurate for live telecasts, “networks can (and often do) order time zone-adjusted ratings that usually follow a couple hours later,” notes The Hollywood Reporter. “Final numbers for Sunday shows, which include out-of-home viewership, are then updated early Tuesday.”

In writing about the unexplained delay, Sports Business Daily's John Ourand cited tweets from media executives and journalists speculating about the background.

Former NBC and Fox PR executive Vince Wladika tweeted: "You all know if it takes too long, they're scrambling to figure out how to make it look better. Never good when it takes long. If it's a boffo number, you get it out immediately then add to that number as day goes on."

The New York Times’s Kevin Draper tweeted: “That they have not yet has led a bunch of former sports media execs and PR people to the obvious conclusion.”

Update:  CBS released the Super Bowl ratings stats in an email received at about 8:30 a.m. this morning, without mentioning Nielsen as the source. The Nielsen numbers show the linear TV viewership at 91.6 million, down 9% from last year's game, televised on Fox, but streaming viewers up 65%, to 5.7 million. (See MediaPost's full ratings coverage here.)

Nielsen sent its own release on the results, with no mention of or explanation for the delay, at about 10:40 a.m.