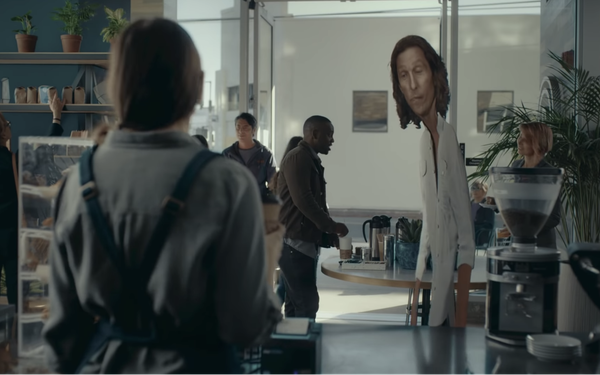 Although total viewer interest in the Super Bowl slipped 5% this year, advertising revenue for the big game, which aired on CBS, hit record levels -- with a $545 million in-game ad-spending total, according to a preliminary estimate from Kantar.

That would be a 21% increase from the $448.7 million in-game advertising revenue it saw for the 2020 game, Kantar estimated, a year ago.

The media-measurement company said 96 commercial spots -- a record 57 minutes in total -- aired in the game, which ran four hours/28 minutes. A year ago, total commercial, promotional time was 51 minutes/15 seconds.

Although some automakers pulled back on airing spots in the Super Bowl -- Ford Motor and Hyundai -- the overall automotive ad category was again the top spender: $75 million in total spend, a 14% share overall. For last year’s game, Kantar estimated $77 million in auto ad spend.

Premium TV and video streaming services marketers were next -- with an 11% share and $57 million in total spending. The alcoholic beverage category was in third place with a 10% share and $53 million.

ViacomCBS’s Paramount+ was the most prominent brand overall, running three minutes of total commercial promotional time (12 creatives) with a media value of $33 million.

Kantar says 30% of Super Bowl commercials ran more than 60 seconds, compared to a year ago, when there were 41%. Industry estimates for this year: A 30-second commercial spot in the game cost around $5.5 million.