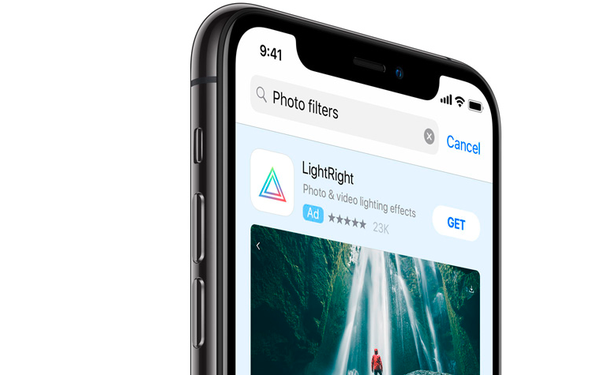 Apple continues to make changes to its services in iOS 14.5 beta — in what seems like an effort to move away from a dependence on Google.

In a new way to monetize the Apple store, the company has been testing other offerings in Search Ads. Some users now see a new sponsored ad slot in the Search tab as a “suggested” item. Apple previously only served ads in the App Store when users searched for an app.

Advertisers bid on keywords, similar to Google Search ads. This new sponsored ad type displays to users before they search on anything.

App Store Search Ads, launched in 2016, are small but growing. Some believe this move creates a way for Apple to establish itself as a safe supplier of advertising as it implements App Tracking Transparency policies.

Starting with the next version of its operating system, Apple will proxy Google's Safe Browsing service used in Safari through its own servers, rather than rely on Google. That's a way to limit the personal data Google sees about its users.

"Fraudulent Website Warning" is a built-in feature in Safari on iOS and iPadOS.

The feature, according to MacRumors, citing Apple, will warn Safari users if they are visiting a suspected phishing website. Google has something similar. A warning notice will appear on the screen suggesting the user turn back.

Apple relies on Google's "Safe Browsing" block-list of websites crawled by Google, which sends a list of hashed prefixes of URLs to determine whether they are malicious or phishing sites.

While the data goes through several processes, Google never sees the website URLs, but it still can collect information, such as the IP address.

Using its own servers, Apple can “limit the risk” of leaking information.