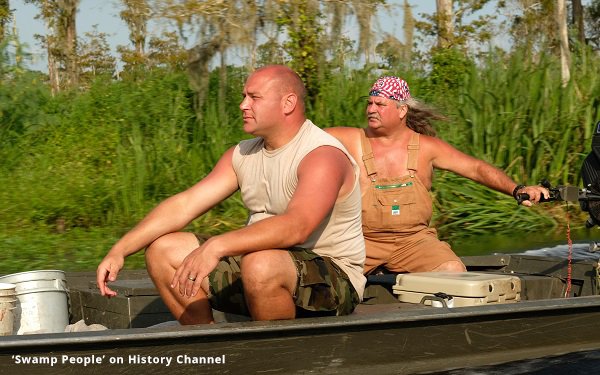 It occurred to me this past week that in years past this would have been the first week of the long and, might I add, glorious and hugely entertaining upfront season.

A few years ago, this annual season of splashy, over-the-top, in-person sales presentations in theaters and event venues all over New York kicked off in the first week of March (and sometimes the final week of February) and went all the way through the broadcast network presentations in the third week in May.

At its height, there were presentations of some form or another almost every week in that approximately 10-week time period staged by cable groups and Internet content sites.

For example, who can forget the infamous and opulent Yahoo presentation at Lincoln Center in spring 2015 from which none of the shows announced there were ever produced? I won’t soon forget it.

The season of upfront events was so long that the first one (which was traditionally put on by Nickelodeon) took place in the still-cold throes of mid-winter and the last ones were held in the early summer heat of mid- to-late spring.

Well, good-bye to all that for a second year. Like last year, COVID is derailing this year’s upfront season as well.

Some of the majors such as Disney and ViacomCBS have already announced that they will hold virtual presentations again this year.

And it is hard to imagine that COVID-19 will beat a retreat in time for any of the other majors to produce and mount live presentations as in days of old. Expect the rest of them to announce virtual events too.

Thus, we who love the onset of the upfront presentation season must now lament their absence for a second straight year.

The impetus for taking up this upfront subject in this TV Blog was a lengthy news release sent out on Wednesday by A+E Networks on behalf of its stable of basic cable networks -- A&E, History Channel, Lifetime and the rest.

This release served as a reminder that there will be no in-person events this year. As a matter of fact, A+E’s was usually one of the best. Alas.

“A+E Networks First to Announce 2021 Upfront Slate,” ballyhooed the headline at the top of this electronic document, which then promised “2500 Hours of New Programming, Including 70 Hours of Premium Docs, More Than 200 Movies.”

Whether or not these 2,500 hours of new content ever really get made is not the point. As a journalist on the TV beat, the news of dozens of hoped-for shows and events that the TV execs promise the advertising community every year is not the most important thing.

For me, these presentations provided an annual opportunity to check in with the TV business and get caught up with the state of the industry.

What struck me every year about the upfronts was what they had in common, despite the many ways in which the various companies differed from each other, at least superficially.

Each year, I got a front-row seat from which to observe the evolution of the TV business and its relationship with its partners in the ad biz. Each year, I heard new pieces of jargon that were suddenly in use throughout the industry.

I was fascinated with the many ways in which the various TV companies and their networks positioned themselves in any given year, and what that revealed about how the industry at large thought of itself too.

Since so much of the upfront presentations were given over to new-content announcements, I was also able to observe and take note of the latest trends in all the categories of TV content -- including comedy, drama, reality, documentary and more.

A journalist on the same beat for many years (in my case, 37 years covering the TV business in New York) also comes to appreciate these invitations to plush venues to not only see and hear these multifaceted presentations, but also to partake in very high-quality free food and drink for a couple of hours and then leave with a gift bag or door prize (I once won a Dyson vacuum at a raffle at one of these events that retails for something like $600).

I loved meeting a great variety of people at these events too. One minute I might be saying hello to Morgan Freeman, and the next minute I could be trading earthy stories with one of the stars of “Swamp People” (such as the two pictured above). The TV business is nothing if not diverse.

That personal touch is the thing that is missing most from a world in which these invaluable get-togethers are now absent.

It should go without saying, but virtual upfront presentations -- like Zoom meetings and remote birthday greetings -- are no substitute for the real thing.