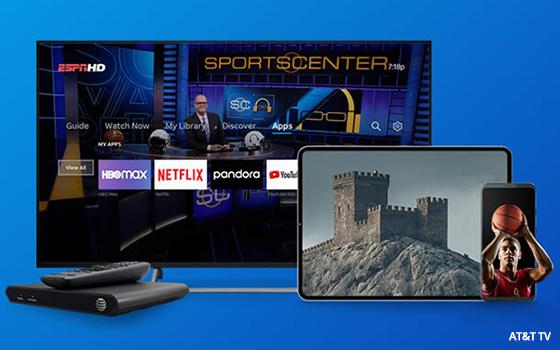 AT&T said Wednesday it will discontinue its controversial “Data Free TV” program, which exempted its own video streams from subscribers' data caps, as a result of California's net neutrality law.

That state law, passed in 2018, prohibits carriers from blocking or throttling traffic, charging higher fees for prioritized delivery, and exempting their own content from subscribers' data caps.

Last month, a federal judge rejected broadband carriers' request for an injunction that would have barred California from enforcing the law.

While the law only applies in California, AT&T says it plans to end the zero-rating program nationwide.

“Given that the Internet does not recognize state borders, the new law not only ends our ability to offer California customers such free data services but also similarly impacts our customers in states beyond California,” the company stated.

A spokesperson added that the program will end on March 25.

When AT&T launched “Data Free TV” in late 2016, the zero-rating program allowed wireless customers who purchased its DirecTV service to watch video through a mobile app, without burning through their monthly data caps. The company subsequently exempted HBO Max from customers' data allotments.

Those rules -- which were revoked by the Trump-era FCC -- prohibited carriers from blocking or throttling traffic and from engaging in paid prioritization. While the former FCC rules didn't specifically prohibit zero-rating, they barred carriers from hindering the ability of consumers and content companies to reach each other online.

Wheeler told lawmakers in early 2017 that AT&T's Data Free TV and similar programs violated net neutrality principles. He said in a letter to Congress that those programs “may harm consumers and competition by unreasonably discriminating in favor of downstream providers owned or affiliated with the network providers.”

After Ajit Pai replaced Wheeler at the FCC, one of his first acts was to close the investigation into AT&T's Data Free TV.

He said at the time that zero-ratings plans "have proven to be popular among consumers, particularly low-income Americans, and have enhanced competition in the wireless marketplace."

But net neutrality advocates have long argued that data-cap exemptions can ultimately harm consumers as well as online video providers. Advocates say broadband providers shouldn't deploy zero-rating initiatives in ways that give customers an incentive to watch video from affiliated companies at the expense of competing services like Netflix or Amazon Prime.

“AT&T's version of zero rating with low data caps was a way to drive their users to content they owned,” he tweeted. “Next, just like in the EU where zero rating was banned, expect them to quietly loosen data caps to avoid hindering access to HBO Max.”