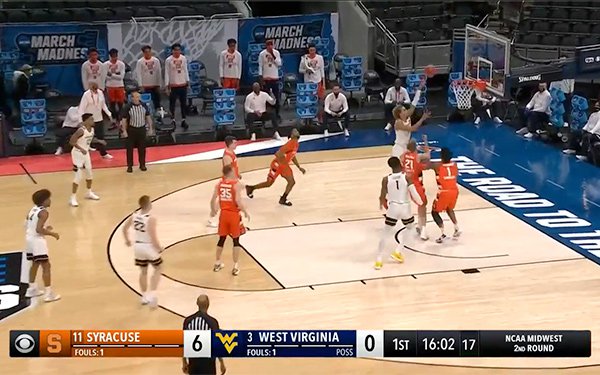 In 2019, an average 3.04 million viewers per game was registered through the second round. Last year’s NCAA March Madness event was cancelled, due to the COVID-19 pandemic.

Also in 2019, CBS also scored big numbers on the first Saturday of the event -- with 9 million viewers for the Wofford/Kentucky contest and 8.9 million for Florida/Michigan.

This year, WarnerMedia networks had its best results on the weekend, with TBS’ Oregon State-Oklahoma St. (3.6 million) on Sunday and TBS’ Iowa-Grand Canyon (3.17 million) on Saturday.

TBS and TruTV also scored strong results on the opening First Four games on Thursday -- up from 17% to 80% versus the same games in 2019.