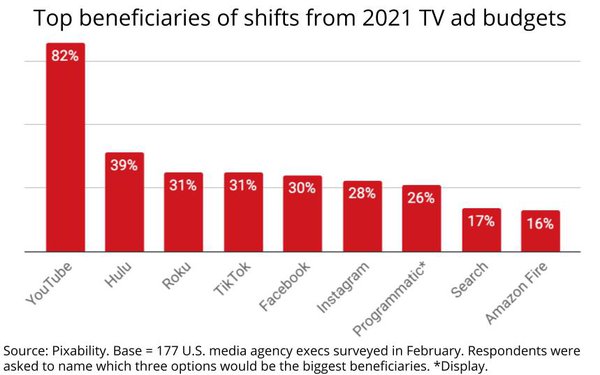 By a margin of more than two-to-one over its next closest competitor, U.S. media agency executives say YouTube will be the biggest beneficiary of shifts from TV advertising budgets into digital media during 2021.

That's the finding of a survey of 177 media agency executives conducted by Pixability, an ad-technology and data company that specializes in optimizing media buys on YouTube, Amazon Fire and Roku.

The composition of the sample included an even split of executives from independent media agencies and those owned by major agency holding companies, and the explicit question they responded to was: "Thinking about how advertisers are shifting ad dollars away from traditional TV advertising to digital channels, which three channels or platforms do you think will see the majority of the benefit in 2021?."

Only 1% of the respondents indicated they expect their YouTube ad spending to decrease in 2021, while 77% said it would increase, including 8% who indicated it would be a "dramatic" increase. 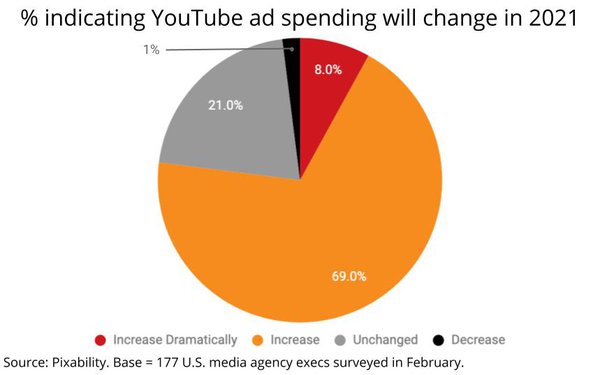