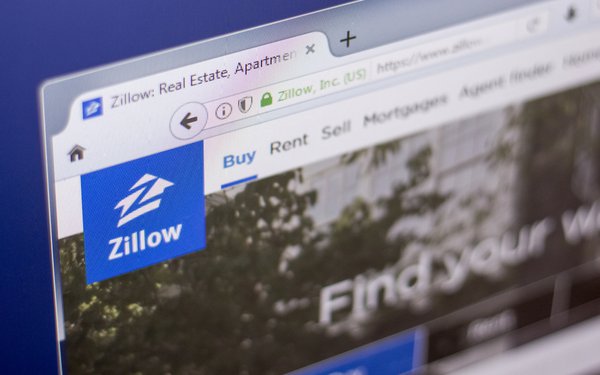 Some 48.6% of respondents participating in a survey published Friday say they would rather search and browse Zillow listings than have sex, and 41% said their browsing habit has caused problems in either their work or personal life.

Surety First surveyed more than 1,000 U.S. consumers to explore why and how often they browse Zillow, what everyday activities they forego in favor of browsing, and how addicted they are to the site.

As Surety First points out, “every obsession requires time,” and since the onset of the COVID-19 pandemic, many consumers have plenty of it to feed their “guilty pleasures.” Some 55% of survey respondents said they spend between one and four hours a day on the site.

Male browsers were 14% more likely than women to spend between one and four hours daily on Zillow, while 86% of Baby Boomers spend less than an hour or no time at all browsing the site.

The browsing is not just on desktop or mobile. Thirty-three percent of people surveyed said they receive three to five Zillow email alerts a day, while another 39% have between three to five alerts set up for houses they do not intend to rent or buy.

Some 58% of survey respondents said they missed an important deadline because they were browsing Zillow, while 56% have canceled plans with a friend to browse the site instead.

Men are almost 19% more likely than women to cancel plans with a friend in favor of browsing Zillow, and 15% more likely to miss an important deadline while browsing.

Curiosity is a driving factor for those visiting the site, with 53% of people looking up their boss’s house on Zillow, and another 63% looking up the value of a friend’s house.

Some 42% of respondents are interested in the property values in their neighborhood, and 29% are seeking inspiration for their own homes.

The most compelling reason that people browse Zillow is escape, according to the data.

About 57% browse to either daydream or relax, and despite the personal and professional consequences, Zillow may be a source of relief they are not willing to give up.

Despite all the time consumers spend searching listings on Zillow, data from the digital ad analytics platform Pathmatics suggests brands are spending less on the site now to advertise compared with a year ago.

Pathmatics estimates track the spend and the progression per quarter. 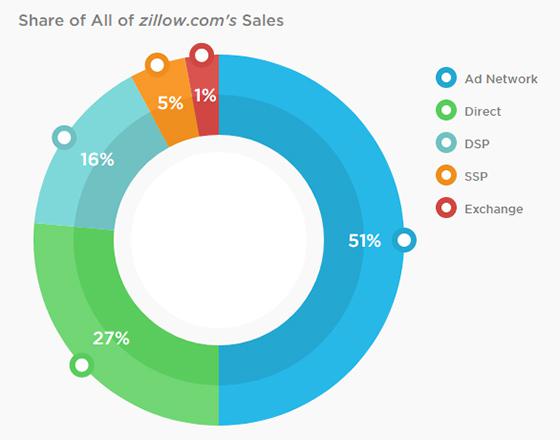 A variety of brands bought impressions on Zillow, according to Pathmatics data.

In January 2021, Google Adx and AdSense bought about 32% of available impressions. Google Display & Video 360 picked up 11%. PubMatic picked up 5%. Verizon Media, MediaVine, AppNexus each picked up 4%, while Amazon picked up 2%. About 27% were sold direct to brands or agencies from Zillow.

Top ad categories on Zillow in January were financial services, retail, telecom, home & garden, real estate, stye and fashion, and software, among others.