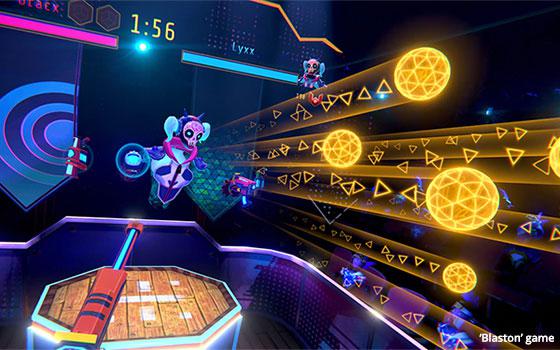 Less than a week after Facebook announced plans to roll out its first in-game ads inside the virtual-reality game title “Blaston” supported by Oculus, Resolution Games pulled the ads after hearing from players.

The developer on Twitter wrote that it didn't think that its game was "the best fit for this type of advertising test.”

“Therefore, we no longer plan to implement the test,” Blaston wrote. “We look forward to seeing you in the arena and hope you try the Crackdown Update that went live today!”

Resolution Games is looking for an alternative and is trying to determine whether it is “feasible to move this small, temporary test to our free game, Bait!” in the future.

Responses on Twitter varied. Michael Ward -- the host of the new VR channel @SmashReality -- was sorry to hear that a viable revenue stream was squashed by people with no stake in the long-term growth of the company or others like it.

“I hope retail sales are strong enough for all VR games to cover the high development cost,” Ward wrote.

Some believed Resolution Games made the correct decision. “I know you likely meant well with the ads idea, but Facebook was absolutely using you as fodder to [implement] the ad system,” QuipSilverVR wrote on Twitter. “That level of brand damage isn't something a growing industry like VR can easily recover from. I really believe you made the right call.”

This rollout had been noteworthy because the ads were being tested inside a title from a third-party developer.

Facebook acquired Oculus in March 2014 for $2.3 billion in cash and stock. Oculus has made several acquisitions since being acquired. The most recent acquisition, BigBox VR, makes the virtual reality game "Population: One."

Oculus wrote in a blog post that the company will continue to invest in “content that fosters social connection.” As part of the Oculus Studios family, BigBox VR will have the opportunity to grow its community with the full support of Facebook behind it.