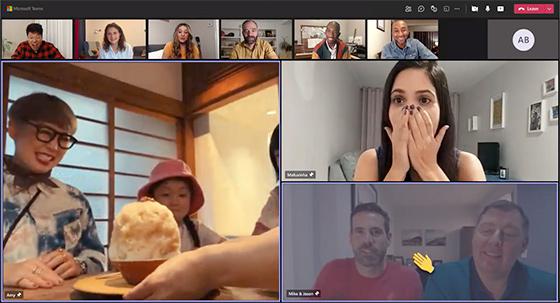 Microsoft Teams typically attracts business users, but in an ad unveiled Tuesday the company tries to appeal to all by imagining what it might be like to travel to the Tokyo Olympics.

As part of a campaign called “Ticket to Tokyo,” the ad will premiere during the broadcast of Friday’s opening ceremony, but those who want to take a look early can find it on YouTube.

Microsoft is trying to attract a different audience to Teams, other than the business crowd. The idea is to compete with Zoom, Slack, and other services.

Microsoft worked with Interpublic’s McCann to create the campaign.

“I would do anything to go to Tokyo,” said one person on Teams in the ad. “I know I can’t go, but I really wish I could.”

Minister of the Olympic Games Tamayo Marukawa declared a state of emergency earlier this month and said there will be no fans at the Tokyo Olympics, amidst the ongoing COVID-19 pandemic.

In the Microsoft Teams ad, locals in Tokyo show their favorite spots and bring visitors closer to Japanese culture by going through cat-themed cafes, hidden alleys, and art installations.

The ad provides a glimpse into what travelers may have seen while visiting Tokyo.

Kathleen Hall, Microsoft corporate vice president of brand, advertising and research, told CNBC “the thing a lot of people love about the Olympic period is not just the sports, but the cultural exchange, how cultures and different people get together, and you learn about the country and the host country.”