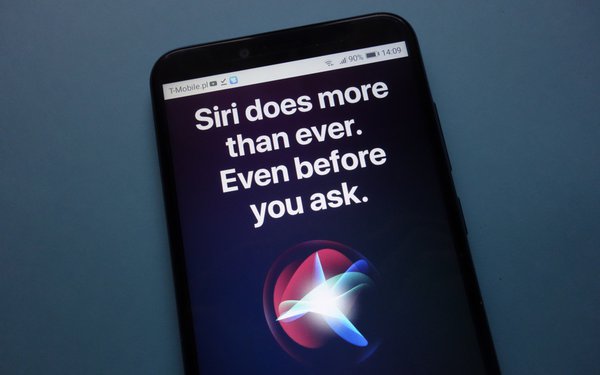 A federal judge ruled Thursday that Apple users could proceed with a lawsuit alleging that the Siri voice assistant intercepted private conversations, and then drew on those conversations for ad-targeting purposes.

The ruling, issued by U.S. District Court Judge Jeffrey White in the Northern District of California, allows a group of consumers to move forward with claims that Apple violated federal and California privacy laws.

“Drawing all inferences in favor of plaintiffs, the complaint plausibly alleges that targeted advertising arose from Siri interception, rather than another commercial auditory interception device,” White said in his ruling.

Apple has said it only uses data from Siri to improve the service.

“When we store Siri data on our servers, we don’t use it to build a marketing profile and we never sell it to anyone,” Apple stated in 2019. “We use Siri data only to improve Siri, and we are constantly developing technologies to make Siri even more private.”

The website MacRumors.com, which extensively covers Apple related news, wrote Thursday that there is "no evidence that Apple has ever provided ‌Siri‌ recordings to advertisers."

"People have long accused social networks of listening in on their conversations and using those discussions for ad purposes, but this has never been proven," MacRumors writes.

White's decision stems from a lawsuit first filed in August of 2019 and later amended several times, by Fumiko Lopez and other Apple users. They alleged in their most recent complaint that Apple had “intercepted, recorded, disclosed, and misused private conversations of thousands of individuals, including minors, without consent.”

Some of the allegations first surfaced in The Guardian, which reported in 2019 that Siri sometimes collected audio recordings even when people had not first given the “hey, Siri” command, which activates the tool. The paper also reported that Apple disclosed the recordings to subcontractors.

The Guardian article did not allege that the data was used for ad targeting.

But Lopez and some of the other consumers specifically claimed that they received targeted ads related to private conversations.

For instance, one of the plaintiffs -- John Troy Pappas -- alleged he had a conversation with his doctor on December 23, 2020 in which they “discussed a private health concern and discussed potential treatments, including the use of a particular 'brand name' surgical treatment.”

Apple countered that those allegations were too speculative to warrant a lawsuit.

“There are no facts, much less plausible facts, that tie plaintiffs’ receipt of targeted ads to their speculation that Siri must have been listening to their conversations, and Apple must have used Siri to facilitate targeted ads by third parties," Apple wrote in April, in a motion urging White to dismiss the lawsuit.

White said in his ruling that the claims related to targeted advertising were “attenuated,” but “rendered plausible by the unique nature of oral communications.”

He added: “While advertising tracking abounds online, there are far fewer ways to intercept oral communications taking place in person.”

The decision only allows Lopez and the others to attempt to prove their claims, and doesn't suggest they will prevail.

Apple isn't the only company facing a privacy lawsuit over its voice assistant. Google and Amazon have also been sued over their voice-activated tools. But the complaints against Google and Apple don't include allegations that the companies have drawn on voice data for ad-targeting purposes.