Why The Weather Company Is Rethinking Subscriptions Tied To Artificial Intelligence 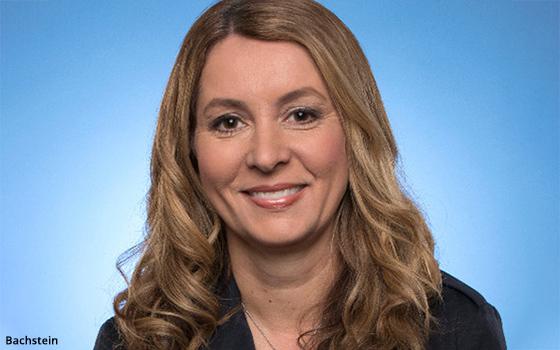 Four years ago, The Weather Company walked away from requiring users to build a profile to use the app. Now it is relying on artificial intelligence (AI) to augment the data lost from Apple’s App Tracking Transparency framework.

Weather informs consumer behavior. It acts as a trigger and an indicator around a variety of symptomatic purchase decisions.

AI can augment targeting and provide advertisers with a increased accuracy rates, says Sheri Bachstein, CEO of The Weather Company, and general manager of IBM Watson Advertising. She believes AI can become the next technology, to solve many of the challenges in advertising.

The Weather Company, a utility app, has opt-in rates for people willing to share data “a little higher” than the industry average of about 17%, Bachstein said.

“We had plans from the start to figure out ways to make iOS consumer data valuable to advertisers, and provide markets with a different type of signal like proprietary weather data,” she said.

She said all apps are seeing an impact from the change, but it’s important to evolve business to mitigate it.

“Leaning into different data sets like weather that offer other signals, as well as contextual and intent-based advertising -- these are all things publishers can look at to come up with a solution,” she said.

Ecommerce apps are experiencing the higher disruption rates. Global ecommerce app installs rose by nearly 50% in 2021, compared with the prior year, but Apple’s enforcement of ATT is prompting a downturn.

Between January and July of 2021, the number of users who downloaded an ecommerce app rose by 48% overall, with Android gaining 55% and iOS 32% year-over-year.

Apple’s ATT framework in late April 2021 began affecting install patterns by platform. Android increased by 5% between May and July, iOS installs dropped 12%, according to data from AppsFlyer released last week.

Companies with apps that collect data about users for iOS must use the Apple’s App Tracking Transparency framework if they share it with other companies for purposes of tracking across apps and web sites.

This is not something that affects The Weather Company today, because it doesn’t use email lists and newsletters to reach users of its app, yet, but it could in the future when the company revisits launching subscription-based services.

“Getting back to the value of the opted-out user is the biggest challenge, and that’s why we lean toward AI-driven solutions,” she said. “We’re trying to figure out how to replace the value.”

Subscription newsletters are back on The Weather Company’s radar, simply because customers want it.

“Most of the information we provide is life-saving, like alerts, so we hate to make it a requirement to provide the personal data,” she said.