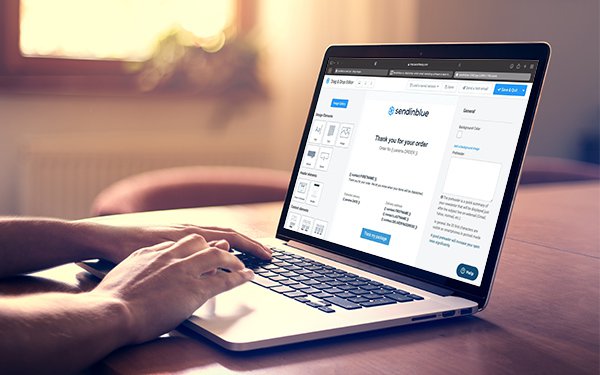 Enterprise brands that need to deliver high volumes of transactional emails while remaining in compliance have a new tool: an email API from digital platform Sendinblue.

The capability allows an email marketing platform to be integrated into a website, expanding functionality access while streamlining marketing capabilities, Cahen says.

Developers -- who expressed a need for such a tool -- can use it for delivering order confirmations, forgotten passwords and other transactional emails while benefitting from technical support and personalized campaign tracking, the firm says.

"If an enterprise is using Sendinblue’s email API for transactional/automated messages triggered from an external system such as a proprietary solution, a CSM or an e-commerce shop, it can be implemented through a plugin (no coding required) or by a developer," the company says.

In addition, Sendinblue has "launched features in the email API that allow for easier personalization of templated emails as well as an inbound parsing API that allows developers to retrieve content from incoming emails in order to process them further," it continues.

Included within the API are inbound parsing and email templates management.

The template’s ID can be personalized once its ID has been sent in the API via a templating language (Jinja2, implemented for instance by Twig). And developers no longer have to make changes to the API’s implementing code when editing emails, Sendinblue says.

Templates can be created and edited with the drag & drop editor without having to write HTML code, it adds. Among the brands that have tried the API is Liligo, a subsidiary of the Edreams-Odigeo group.

“Sendinblue allows us to integrate our price alerts in real time very quickly,” states Guillaume Rostand, CMO of Liligo. “The technical support is very responsive and easy to access, which helps us to progress faster on our projects.”

Sendinblue, which was focused on email when it was launched in 2012, recently acquired three ecommerce companies: Chatra, Metrilo and PushOwl, for a total of more than $47 million, expanding its services for small businesses and global reach.

The purchases are “part of Sendinblue’s longer term vision to expand our marketing capabilities and dive into the growing e-commerce space,” states Armand Thiberge, CEO, Sendinblue.