Why Captioning Is Becoming An Integral Part Of Video Ad Buys 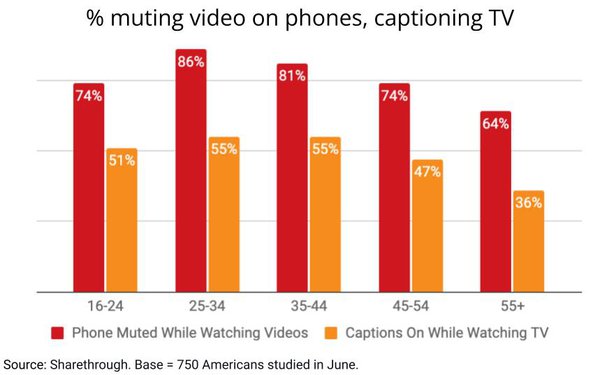 With an estimated 75% of all consumers watching video content on mute throughout their day, captions have become an integral part of processing video content across all platforms -- TV, movies and mobile -- according to new research from programmatic advertising exchange Sharethrough.

The company conducted the study, based on 750 people in June, because it wanted to understand the correlation between micro human behaviors and macro changes in media in order to ensure consumers are able to comprehend the ads it serves..

“To go from exposure to behavior change is almost impossible to do without comprehension,” explains President and Founder Dan Greenberg, adding that this has become especially imperative with the rise of native videos in social media feeds, including new formats like Facebook's Stories.

“The way that we’re encountering video on the internet these days is mostly on our phones and feeds,” adds Greenberg. “Because it's on mobile and in a feed, the stuff we're expecting is mute-friendly, caption-on, short-form, respectful content.” "Respectful content” refers to the easy-to-watch videos users can comprehend without fully engaging.

Over half (53%) of 16- to-34-year-olds watch TV with captions enabled. Furthermore, 72% of people are more likely to watch a video on their phones if it already has captions; 60% on their computers; and 57% on their TVs.

This data is especially useful for advertisers who are trying to capture viewers’ attention.

“Most advertisers never put captions on their videos,” says Greenberg. “We were seeing less than 10% of videos in our exchange that had captions on them, and we've been trying to tell them to do this for years.”

So Sharethrough launched a new product called Dynamic Captions that automatically adds captions to videos that run across its exchange.

Greenberg believes this one extra step will make a huge difference, especially if an ad is playing on a social media feed, surrounded by native content that is being viewed mostly with captions on and the sound off.

Captions come in many forms. Advertisers should study the text being used by influencers in their organic social media content.

“Influencers are not just doing closed captioning at the bottom, but integrating text in the videos,” adds Greenberg.

While good examples of this are TikTok videos that attempt to teach a skill, most native social media videos will display comprehensive text.

There are positive macro effects of this change in video comprehension.

“If people are used to reading captions when they watch shows, and the sound is actually tertiary –– primary is the visual, secondary is the reading, and tertiary is the sound -- it opens up the entire world to foreign films,” says Greenberg. “It doesn't even cross people's minds that they're not in English because that is secondary; the primary thing they're doing is watching and reading.”

South Korean survival thriller "Squid Game" seems to back Greenberg's statement, despite reports that some of the English translated captions didn't quite match up to the original Korean.

Another positive effect of the rise in captioned content is its (still imperfect) appeal and accessibility to deaf and differently abled users.

Along with TikTok and Instagram, YouTube just recently added an auto captioning element to all video creators, making it easier to maximize their audience. Even AMC is planning to add captioning at some of their theatre locations.

Advertisers will also be interested in Sharethrough's findings surrounding user distraction or multitasking behaviors when most ads play.

For example, 79% of people take out their phone when an ad plays on TV.

“It has become this knee-jerk reaction now no matter if you're watching live sports or Hulu or whatever it is,” says Greenberg. “You don't even think about it. Your hand automatically goes into your pocket, you automatically pull it out, and your attention is on your phone, not the TV ad.”

Sharethrough's research shows that 49% of people open another tab or window on their web browser when an ad plays, while 90% skip pre-roll ads altogether and 86% change the channel or fast-forward TV ads.

Due to this new wave of captioned content, Greenberg has some projections for the near future: “When you open your TV...with a weird old-school remote control in your hand...you’ll have a choice from TV shows, movies, or stories.”

For this to happen, Greenberg thinks either Facebook or TikTok will launch a SmartTV app, or Samsung might launch a technology that unifies one's stories 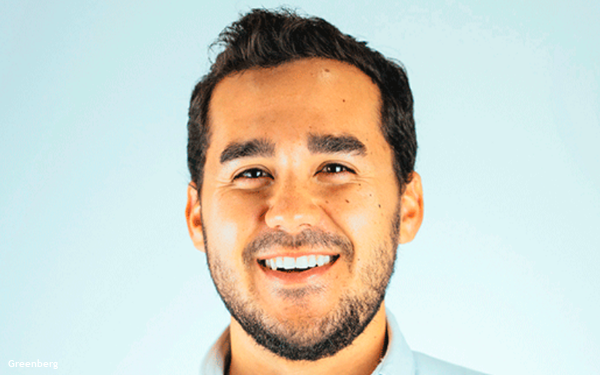