Adobe, AppsFlyer Mobile Data, And The Evolution Of A Knee 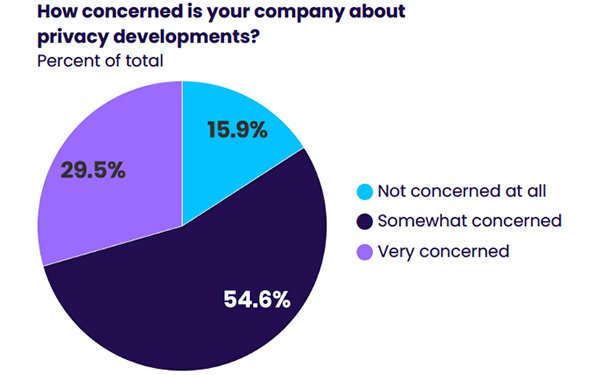 A lot has happened in the past 25 to 30 years, especially when it comes to technology. Google founders created the company in 1998. Apple released a portable media player in 2001. The first online ad posted in 1994. Some of you, come to think of it, may not have been alive at that time.

I worked in marketing at Micro D, a computer distributor based in Santa Ana, California, and during the ski season spent my weekends at Big Bear in Southern California.

One day, five hours and many downhill ski-runs later, I fell and dislocated my knee. My bindings didn’t release, and I ended up in the hospital. Doctors put two gigantic screws in my knee to hold it together. On Friday, another doctor will remove them and give me a new knee.

Nina Lentini, whom I reported to when I first joined MediaPost in 2007, will graciously step in to fill the void for two weeks, writing about performance marketing and search for Inside Performance. Reach out to her with any information that may be relevant to the blog. For breaking news, you will want to reach out to Joe Mandese, editor in chief at MediaPost. (I will be out from November 19 through December 3, but feel free to email to say hello or keep me up to date on things.)

Another interesting fact: Adobe acquired Aldus in 1994 and Adobe PageMaker was further developed in 1995. Mobile at that time wasn’t even a thought for most.

This week, Adobe and AppsFlyer, which measures mobile media, published The Mobile-First Enterprise: How Corporations are Being Transformed by Mobile Devices, a study conducted on the mobile practices of leading executives in large corporations.

The study provides insights into the evolution of mobile as brands begin to shift to a mobile-first business strategy.

On average, today, 40% or more of existing sales are now done through a mobile device, and more than one-third of respondents see about 50% of their sales coming through their mobile apps in the future.

This B2B survey was conducted among executives at enterprise companies defined as those with 1,000 or more employees working in digital operations, growth and marketing roles.

While mobile apps in the enterprise space may have established themselves as customer retention and engagement channels, they are now also seen as a significant way of acquiring new customers. Mobile apps are also now recognized for their transactional capabilities.

When it comes to the role of mobile apps, on a scale from 1 to 5, survey participants at 4.5 cited customer retention as the most important, followed by brand and loyalty at 4.18, customer acquisition at 3.97, sales and transactional at 3.89, employee engagement at 3.33, and other at 2.96.

The data shows that nearly two-thirds of enterprises are “strongly” mobile-first, and the goal for the majority of enterprises is to have over 60% of customers connecting through mobile apps.

Nearly 75% of companies engage with existing users through push and in-app messaging, and over a third use mobile apps to upsell current customers.

Mobile replicates much of business functionality and for nearly a quarter of respondents, the goal is for it to replicate 100%. The goal for more than half is to conduct more than 75% of their functionality via their app.

Despite all this mobility, privacy remains a growing concern, with nearly 85% saying they are concerned about privacy developments.

Still, nearly 40% do not know their Apple’s Track Transparency (ATT) opt-in rate, with a large share of respondents saying they are unsure or unaware of how many users of their app would reject the prompt.