DuckDuckGo To Launch A Desktop Browser In 2022 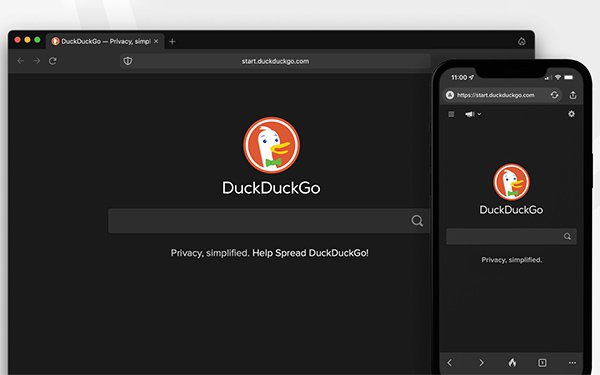 DuckDuckGo is building a desktop browser aimed at integrating the same security and privacy features as the one it built for mobile.

DuckDuckGo CEO Gabriel Weinberg, in a post, describes some of the browser's features. He insists it is not a “privacy browser,” but rather an “everyday browsing app that respects your privacy because there's never a bad time to stop companies from spying on your search and browsing history.”

Rather than building it on Chromium, DuckDuckGo developers will build the desktop browsing app on the operating system rendering engines, similar to mobile, allowing developers to eliminate unnecessary code accumulated throughout the years in major browsers.

Weinberg did not mention a release data, only that early tests have found it significantly faster.

Since the company moved beyond private search in 2018 it has seen more than 150 million downloads of its all-in-one privacy apps and extensions.

This year, DuckDuckGo made many improvements, Weinberg writes. The post details some of these, from search and tracker blocking to new features like Email Protection and App-Tracking Protection.

Email Protection, for example, launched in July, blocks email trackers and hides the address. The email addresses are free, and DuckDuckGo will forward the emails sent to the person’s regular inbox, with the email trackers removed.

About 70% of emails contain at least one tracker that can detect when it is opened and the device used to open it.

The data is usually sent directly to third parties without the consent of the email address owner.

In November, DuckDuckGo released App Tracking Protection in beta, a feature for its Android app that blocks third-party trackers like Google and Facebook in other apps.

The company also made improvement in Search such as translation instant answer, revamped definitions, and weather answers, and custom date range filters. There are more filters on images, and improvements to advanced search.

Weinberg notes that users can expect more search improvements in the coming year.

apps, digital, email, mobile, search, tracking
1 comment about "DuckDuckGo To Launch A Desktop Browser In 2022".
Check to receive email when comments are posted.
Next story loading