The Great App Advertising Exodus -- Or Not

As I was rummaging through my inbox for fodder for this week's column, I was struck by a report published recently by eMarketer suggesting that app marketers have been growing less reliant on advertising as a source of revenue -- and not surprisingly, that this would likely be accelerated by Apple's rollout this year of its App Tracking Transparency (ATT) framework.

If true, I find it a little ironic, because my sense is that app developers originally stumbled on advertising as a revenue model, because -- with a few exceptions -- they couldn't get consumers to pay directly for their new creations.

And while I don't disagree that Apple's new privacy framework is clearly having an impact on mobile app developers and their ability to track and monetize their users' data -- most likely through direct or indirect advertising sales -- I don't agree that there will be a substantial exodus from ad-supported models.

My reasoning: It's consumer economics, stupid.

By that, I mean consumers have already taken on vastly higher costs of premium media subscriptions -- especially subscription video-on-demand and music services -- over the past several years, and there is only so much they can bear.

In fact, over the past couple of decades, consumers have surpassed advertisers as the primary source of media revenues, and according to estimates from industry economic tracker PQ Media, the average American now pays close to $1,500 annually accessing media and media content. How much more can they take?

Beyond that, I have an even more compelling argument for why advertising will remain a fundamental part of mobile app revenue models: because it's a good deal for all concerned.

Developers get paid by advertisers, consumers have the cost of accessing their apps underwritten or defrayed by brands, and brands reap the benefits of consumer engagement, as well as the explicit halo effect of paying for something consumers would otherwise have to pay for themselves.

Lastly, I'd like to point out that there has been a new but rapidly emerging advertising model that fits perfectly into this equation: the so-called "rewarded opt-in advertising" model. Ironically, it is the mobile gaming industry that is credited with jump-starting it, because even with "freemium" models in which consumers get initial access to a game for free, they usually had to pay for premium upgrades, etc.

And since many consumers were reluctant to -- or couldn't afford to -- do that, it was logical that brands step in and become the hero of an explicit value exchange in which they paid for the consumer's access, but got their attention and engagement in return.

That model has been rapidly growing into other genres, formats, and even new forms of value exchange -- especially ones in which brands ask consumers to opt in to give permission to access their data, etc.  The funny thing is, it's really as old as advertising itself.

That's because at its core, advertising always was the best economic value exchange for consumers to access most forms of media.

And I get why premium subscription services -- whether they are HBO or Netflix -- may never explicitly sell advertising. But there is room for all sorts of models in the media marketplace, and they're not necessarily mutually exclusive. 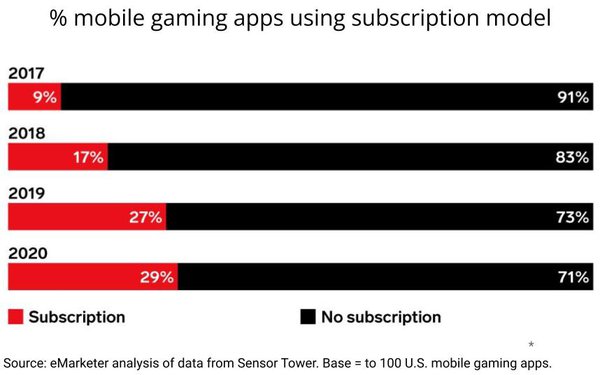