2021 Independent Agency of the Year: USIM 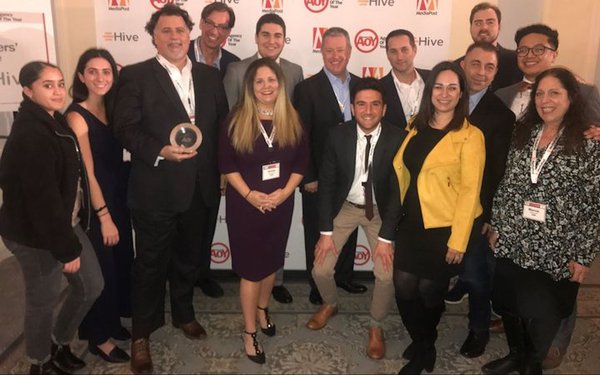 If there has been any agency that embodies the spirit of independence that this particular award is designed to recognize, it is USIM -- which wins it for the second time, because its management team figured out how to push the boundaries of what an independent media-buying service could actually do, and in the process, innovated new ways of servicing not just advertising clients but other agencies as well.

The agency -- which last won this award in 2019 for punching above its weight and taking on new strategy work and innovating new proprietary research methodologies that brought more precision and efficiency to advertisers, especially local retail-oriented ones battling for share in local trading areas with products like 3Di and Purview -- doubled down in the past year to help local marketers turbocharge those efforts via a unique integration with credit bureau giant TransUnion’s new TruAudience database, enabling them to target and reach in-market consumers in magnitudes greater than what it was doing just two years ago.

“What we were able to do differently was to integrate TransUnion’s massive database, which made it much more actionable and accountable,” USIM Eastern President Russell Zingale said of the progression.

Whereas in the past USIM was relying on a sizable but comparatively smaller opt-in panel powered by MFour, the TransUnion data expanded its targetability like it was on steroids.

“In the past, we were able to use MFour to identify maybe 300 to 400 people in a DMA (designated market area). By integrating it with TransUnion data we got the ability to target thousands and thousands of people,” Zingale explains.

Using a client like Southeastern Grocers (SEG) as an example, Zingale said there might only be “eight to 10 people” in the panel representing Winn-Dixie customers in the “outskirts of Jacksonville, Florida, but now it’s a sizable and stable sample we’re targeting. That makes their media spending more accountable and actionable.”

Sticking with the SEG/Winn-Dixie example, USIM also leveraged connected TV giant Roku to help solve the problem of generating foot traffic during the COVID-19 pandemic by providing a new ecommerce strategy to offset the reluctance of consumers in the market to return to in-person shopping.

By leveraging its proprietary sales trading zone and targeting data, USIM was able to develop a TV streaming campaign with Roku based on grocery and shopping app behavior tied to Roku’s automatic content recognition (ACR) technology that detects competitive ads and retargets them with an ad for a Winn-Dixie site.

“With our diverse store fleet, localized campaigns are a keystone to our success. A cookie-cutter approach to media planning simply is not as effective when looking at a specific community,” explains SEG Brand Manager Lyle Griesemer, noting: “USIM takes the time to understand a store’s individual trade area, its customers and their media receptiveness scores. This ensures we reach the right customer with the right message. Customizing tactics by store have led to successful localized campaigns time and time again.”

While constant innovation in the application of data, insights, and application have become part of USIM’s secret sauce, it is the agency’s fiercely independent spirit that allows it to do things differently than big agency holding companies, as well as other independents -- both of which have also become its customers, largely because USIM is independent, and therefore neutral.

While we cannot name names for obviously political reasons in a profile like this, USIM was brought in as the media execution partner on assignments related to at least two major agency holding companies over the past year when they were in need of outsourcing critical components of their media execution, but didn’t have the internal resources to manage it.

Conversely, USIM — as well as a new, innovative management consulting practice spun off by the four top members of its management team, MatrixPoint — have become a winning tag-team affiliation that enables them to service certain kinds of clients, especially other independent agencies that might not otherwise want to work with peers.

MatrixPoint focuses almost entirely on strategy, as well as tactical services such as sourcing and recruiting talent, which during the COVID-19 pandemic-inspired “Great Resignation” of the past two years has become a major obstacle for many agencies big and small, as well as client in-house media-services teams.

“What’s happening now is that big agencies like IPG, Publicis and Omnicom are going down into the smaller marketers to recruit people,” explains USIM’s Zingale, who along with founder Dennis Holt, and partners Doug Livingston and Eran Goren founded MatrixPoint explicitly to take on business and provide services that USIM would be conflicted by if it were to handle them directly.

Talent recruiting is one of them, says Zingale, noting: “In the past, if one of our smaller agency partners was based in a market like Jacksonville, they pretty much owned the talent in that market. Now IPG will hire anyone from anywhere — from the Ukraine to Jacksonville — so there’s a big crunch. While the holding companies aren’t paying them New York–level salaries, they are paying them something that’s between New York and Jacksonville. It’s become a big problem and it’s happening everywhere.”

In other words, the timing couldn’t have been better for MatrixPoint’s executive search capabilities, but that’s not where the symbiosis ends. One of the big advantages of spinning off a strategic consulting practice is that it enables the companies to work together to service both strategic and tactical assignments that would have previously blocked one or the other from taking on.

The best way to envision this relationship is to look at problems that arise with many of the franchise-oriented retail businesses USIM is known to specialize in servicing, with clients like the Crunch fitness centers or the Goddard charter schools. Often there are tensions between the corporate entities and the franchisees over control and execution of marketing budgets that USIM might otherwise be conflicted from helping one side or the other work out. That’s where MatrixPoint comes in, helping them with their strategic goals, but also serving as something of a marriage counselor to fix some of the baggage hurting the relationship between the two sides.

Zingale describes it as a new kind of “relationship management” service that helps both sides by providing a neutral strategic direction in which both achieve their goals and the overall brand comes out stronger.

And while the younger guards on the team keep pushing in these new directions, it’s still very much in founder Dennis Holt’s spirit to continue to take risks and push for innovative change.

One of the pioneers of the independent media-buying service concept in the early 1970s, Holt continues to reimagine how advertisers, agencies and independents can do business.

Earlier this year, he became the first major agency founder to announce publicly that his organization would accept Bitcoin and other cryptocurrencies as payment for media buys.

He said he agreed to do it because his clients asked if he would. Importantly, he noted that it was USIM’s independence that enabled USIM to be a first-mover.

“We’re privately held and not publicly traded, so it’s something we can do,” he said.