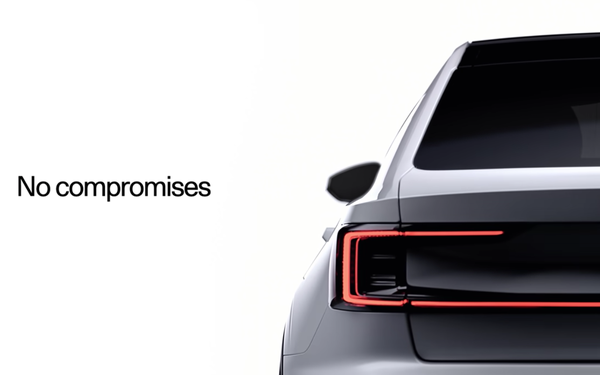 With its move into the big league, Polestar aims to raise awareness and establish itself as a major player in the highly competitive EV market, according to the automaker’s CMO.

Polestar took a minimalist approach to its Super Bowl spot, showing a series of vehicle closeups interwoven with provocative statements that took a jab at its competition.

Created in partnership with global creative collective Forsman & Bodenfors, the company’s 30-second spot aired in the first quarter of the game.

“No Dieselgate” reminded the public of Volkswagen’s emissions scandal while “No Conquering Mars“ is a reference to Tesla founder Elon Musk’s obsession with getting off the planet.

“The sustainability agenda is really strong for us and that’s why we say we put our planet first,” Polestar CMO Asa Borg tells Marketing Daily. “We think there’s so much here to do. It’s a good first step with electric cars, but it’s so much more.”

The company’s goal is to have zero carbon emissions by 2030, she adds.

Ultimately, the automaker hoped the Super Bowl spot would drive traffic to the brand’s “No Compromises” website, where Polestar outlines its various initiatives  referenced in the spot.

As it turns out, the automaker had massive spikes in traffic, propelling it to the No. 1 spot on Cars.com’s most-visited list during the game.

As a new, relatively unknown brand outside of the automotive circles, Polestar had low visibility on Cars.com prior to its ad spot, but saw a 580x lift to its dedicated pages on the marketplace from EV-curious consumers during the game, according to Cars.com.

The Super Bowl spot will continue to run in the U.S. for “quite a few weeks” and will also be taken to other global markets, Borg says.

The effort doesn’t stop at the one TV spot. The campaign includes social and out of home is planned in key markets like Los Angeles.

“We’re a very design-driven company,” Borg says. “We are very focused on our cars and our mission to drive electric mobility forward. Our CEO is a designer, so that influences a lot of our work.

“It’s really about how nice the car looks, but then also add a few really core statements to tell for the first time, on a big stage like the Super Bowl, who we are and what we stand for.”

Unlike many of the other spots which took six to nine months to create, the company only decided to buy the Super Bowl slot at the end of 2021, she says.

“We are a young organization, quite small and nimble,” Borg says. “We realized we are expanding quickly around the globe, opening a lot of places in Europe and Asia and also the U.S., at a much quicker pace than was planned from the beginning. So we saw that it made sense.”