Another Strong Debut As 'Uncharted' Scores $51M At Box Office 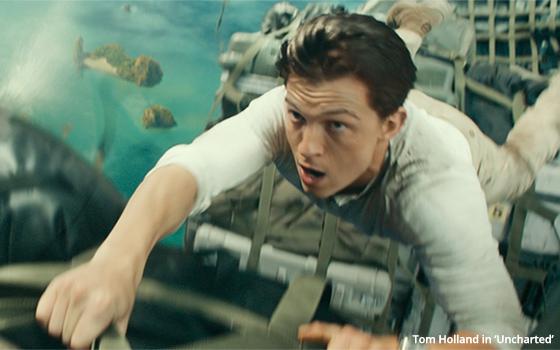 This comes as somewhat of a surprise. "The video game genre... has had mixed results of over the years at the box office," says Paul Dergarabedian, senior media analyst at Comscore. The game is published by Sony Interactive Entertainment for Sony Playstation video game consoles.

Sony spent $17.5 million in national TV advertising so far on the movie for 3,210 commercial airings yielding 2.2 billion impressions, according to estimates from EDO Ad EnGage.

Over the last seven days -- for all movie studios-- national TV theatrical advertising spend was $73 million -- up 27% from the week before.

The weekend before featured TV’s biggest program of the year, the Super Bowl, which typically pulls down movie theatrical business.

Year-to-date, all movie studios collectively have spent $238.9 million in national TV advertising -- up 2.2% from the same time period a year ago (January 1 through February 20), according to EDO. But for that ad spend, studios also pulled a total of just 17.9 billion impressions -- down 37% versus a year ago.

Further back in second place was MGM/United Artists' "Dog," also in its opening weekend, pulling in $15.1 million for the three-day weekend (estimated to be $18.1 million for the four day-period of the weekend).

Since September of 2021, Sony Pictures has placed three of the top ten box-office movies the entire year -- "Spider-Man" (in first place), "Venom: Let There Be Carnage" (third place), and "Ghostbusters: Afterlife" (ninth place).