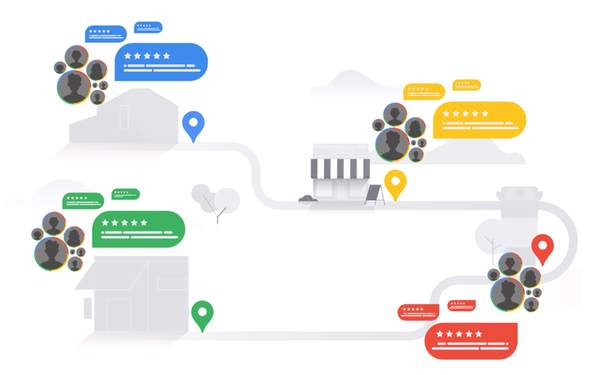 Google receives about 20 million daily review contributions from people using Maps -- for the most part, the way the company gets its information.

On Thursday, the company shared more about the process, the technology, and how it keeps information on Google Maps “reliable,” saying that less than 1% of content posted to Google Maps is fraudulent or abusive.

The content contributions include everything from updated business hours and phone numbers to photos and reviews.

Community members helped Google keep business information updated, such as hours of operation or health and safety protocols for 30% more businesses in 2021, compared with the prior year.

Through these advancements, Google managed to identify and remove more than 7 million fake business profiles, about 630,000 of which were reported directly to the company.

With assistance from technologies, teams also disabled more than 1 million user accounts due to policy-violating activity, such as online vandalism or fraud.

Contributed  content and reviews have become an important part of Google’s strategy. On Wednesday, the company began rolling out the latest version of its product reviews update, incorporating additional signals and criteria in the ranking algorithm for English-language pages, but said it will add others in the future.

Google last month explained how Maps reviews work, how it develops and enforces policies, and the role of machines and humans in content moderation. For example, reviews are sent to Google’s moderation system to determine whether a review violates its policy. If no policy violations are detected, the review can post in seconds.

Reviews are evaluated to determine whether they contain offensive or off-topic content, whether the account leaving the review has a history of suspicious behavior, and whether there is any uncharacteristic activity at the place or business being reviewed -- all before being forwarded to a human moderator.