NBCU And ABC-Disney: Send Your Upfront Invitations To Me! 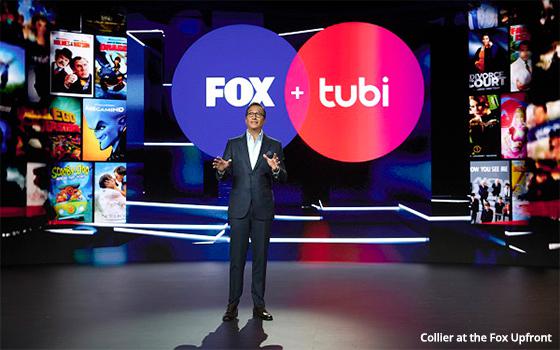 It is demeaning to send emails to multiple p.r. representatives at two TV companies requesting access to Upfronts and receive no replies -- not even a no. Instead, just crickets.

This is the situation as it stands right now for your New York-based TV blogger as the industry awaits the start of Upfront Week in New York next Monday (May 16).

The struggle this year is not the norm. In past years, access to Upfronts large and small was easy to obtain.

Usually, I did nothing and invitations would just show up in my email.

As I struggle this year to pry replies from a number of press reps at NBC Universal and ABC-Disney (to be specific), I am reminded of a classic example of journalistic creativity from the 1970s.

It was the summer of 1977 and New York City was gripped in fear stemming from a series of murders committed by an as-yet unidentified serial killer who came to be known as the Son of Sam.

According to tabloid lore (which means it is undoubtedly true), one of the city’s most flamboyant columnists took first-person action in a column that carried the headline (or one very close to it): “Son of Sam, Turn Yourself Into Me!” Needless to say, this did not happen.

The TV Blog surely realizes that the stakes are much higher when a serial killer is at large than a journalist’s effort to draw the attention of TV p.r. types for an Upfront ticket.

Nevertheless, the same strategy is applied here in which a TV blogger colorfully makes public his effort to attend two of the upcoming Upfronts. Thus, the headline above: “NBCU And ABC-Disney: Send Your Upfront Invitations To Me!”

As things stand right now, the TV Blog has tickets to two Upfronts that were graciously provided.

The two events for which responsible press reps said yes are certainly as big and important as the ones being mounted by NBCU and ABC-Disney.

They are the Fox Upfront in its usual time slot at 4 o’clock on Monday afternoon, May 16, and the Warner Bros. Discovery Upfront on Wednesday morning, May 18, at the Theater at Madison Square Garden.

The WB-Discovery Upfront will be an especially important event because it represents the first opportunity for the recently formed company to strut its stuff and pitch its wares and reach to the advertising community.

Last year’s Fox event -- held virtually like all the rest due to the COVID-19 pandemic -- was a standout Upfront and there is no reason to expect this year’s to be any different, except that it will be in-person.

Fox Entertainment CEO Charlie Collier (pictured above) was singled out for praise in an Upfront TV Blog last May for his role in the Fox presentation.

This year’s Fox Upfront will even feature a gleaming new venue in lower Manhattan called Skylight on Vesey, an event space that has taken up residence in what was once the trading floor of the New York Mercantile Exchange. Sounds exciting, right?

As for the other Upfronts, the TV Blog is still mulling over an invitation provided without incident by the CW for its Upfront on Thursday, May 19.

The TV Blog has been denied access to the Paramount Global Upfront (formerly the CBS Upfront) at Carnegie Hall on Wednesday afternoon, May 18.

Getting a yes to this event held annually at Carnegie Hall has always been hit or miss. This time around, a press rep said no to our request, citing space considerations.

At least she replied. In so doing, she offered access to the event’s streaming feed so I can take in the action at home, if I wish.

Unlike those who toil in the p.r. departments of some of our largest TV companies, none of the multitudes who visit MediaPost every day need to be reminded that this website is one of the most trusted destinations to be found anywhere for comprehensive and up-to-the-minute news and expert commentary about the advertising business and related media (such as television, for example).

The content here is widely read by everybody in advertising and all other media who create, buy and sell advertising, and do whatever else advertising people do.

This group includes everybody at the top of the network sales food chain too. Message to NBCU and ABC-Disney press reps: Your bosses read us.

With that in mind, the TV Blog again implores (but does not beg) the p.r. people at NBCU And ABC-Disney to do the right thing: Send Your Upfront Invitations To Me!