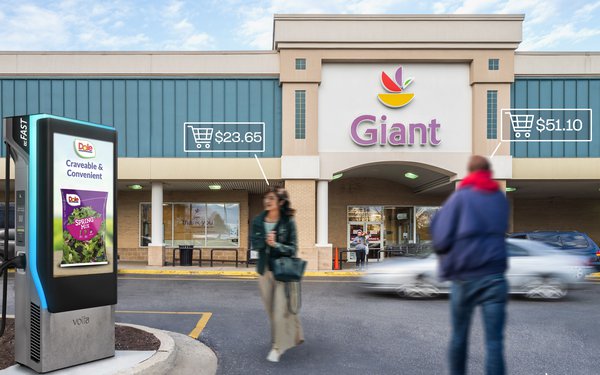 While the partnership is being announced this morning, a beta test by Dole Fresh Foods demonstrated an 8% sales lift from shoppers exposed to its ads on Volta's screens. The test also showed that Dole increased the share of sales in its category by 8.5%, the companies said.

As significant as Dole's lift was, Catalina also disclosed another trial by an unnamed "leading fast casual restaurant whose products are also sold in stores," which generated a 15% sales lift and a 29% improvement on its return on ad spend, based on ads appearing on Volta's screens.