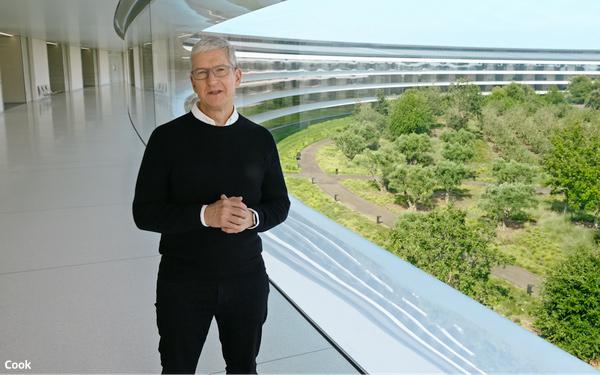 Apple CEO Tim Cook is throwing his support to proposed bipartisan privacy legislation that would prohibit companies from tracking consumers online without their opt-in consent.

“Your drafts would provide substantial protections for consumers, and we write to offer our strong support towards achieving this shared goal,” Cook reportedly said in a letter to Senators Roger Wicker (R-Mississippi), Maria Cantwell (D-Washington), and Representatives Frank Pallone, Jr. (D-New Jersey) and Cathy McMorris Rodgers (R-Washington). “With your work, coupled with President Biden's call to better protect children’s privacy, it appears Americans are closer than ever to obtaining meaningful privacy protections.”

The letter comes one week after Wicker, Pallone and Rodgers unveiled a discussion draft of the “American Data Privacy and Protection Act.”

Cantwell has not signed on to the proposed bill.

The draft bill would require companies to obtain consumers' opt-in consent to collect a broad range of data -- including information that has long been considered sensitive (financial account numbers and the like) as well as information the industry doesn't consider especially sensitive (such as pseudonymized data about web browsing and video viewing).

The measure also would allow consumers to opt out of receiving targeted ads -- even if those same consumers previously opted in to tracking.

A separate provision would prohibit companies from knowingly serving targeted ads to anyone under 17.

The ad industry opposes the bill, arguing the provisions regarding tracking are too restrictive.

“I don't think the bill as written is fixable,” Venable attorney Stuart Ingis, advisor to the industry coalition Privacy for America, says.

“It's going to have huge negative implications on the whole internet economic model -- which will be bad for consumers and bad for businesses,” Ingis says.

Last year, Apple rolled out mobile settings that aim to prohibit apps from tracking iPhone users without their explicit consent. Specifically, Apple prohibited developers from accessing devices' Identifier for Advertisers -- an alphanumeric string that can be used to track people from app to app.

The company's Safari browser has long prevented ad-tech companies and other third parties from tracking people via cookies.