Revised Privacy Bill Would Outlaw Some Forms Of Ad Targeting 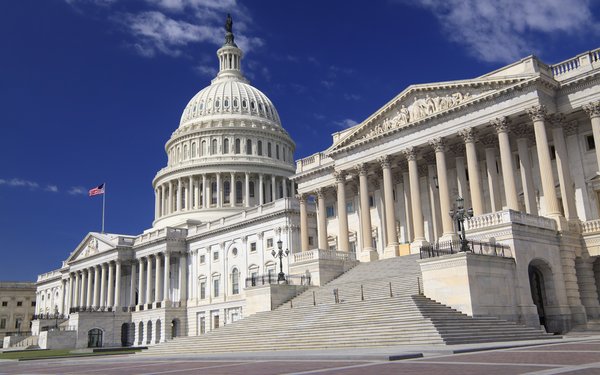 The newest version of a sweeping bipartisan privacy bill, unveiled Tuesday morning, would effectively prohibit companies from serving ads to people based on their web browsing activity.

The latest iteration of the American Data Privacy and Protection Act prohibits companies from collecting or processing “sensitive” data -- including information about people's online browsing behavior -- for ad purposes.

The House Energy and Commerce Committee is expected to mark up the bill Wednesday.

Shortly after the amended version came out, the major ad organizations denounced the provision that limits online behavioral advertising.

“Data is the lifeblood of the consumer economy, allowing small and Main Street businesses to compete with the largest companies in the world,” the business groups Privacy for America, American Advertising Federation, American Association of Advertising Agencies, Association of National Advertisers, Insights Association, Interactive Advertising Bureau, and The National Business Coalition on E-Commerce & Privacy say in a letter sent Tuesday to lawmakers in the House.

The groups add that the bill “would stifle that data-driven economy by prohibiting the collection and use of basic demographic and online activity data for efficient, responsible advertising.”

While the newest version of the bill effectively bans companies from serving ads to people based on data about them collected across sites and over time, the measure allows other forms of targeted advertising on an opt-out basis. For instance, the bill appears to allow publishers or retailers to harness data collected about activity on their own websites for ad purposes, on an opt-out basis.

Earlier versions of the proposed law appeared to allow companies to serve ads based on people's online browsing data -- but only with consumers' explicit consent. The ad industry also objected to those earlier versions, arguing that companies should be able to serve behaviorally targeted ads on an opt-out basis.

In addition to restricting online ad targeting, the bill also places limits on the collection and processing of biometric information, precise geolocation data, emails, voicemails and a host of other data defined in the measure as “sensitive.”

“The bipartisan American Data Privacy and Protection Act presents Congress with the best opportunity it has had in decades to stem the very real data abuses and privacy harms that are happening online every minute of every day due to the lack of a U.S. privacy law,” the advocacy group's executive director, Alan Butler, and deputy director, Caitriona Fitzgerald, said in a letter sent to lawmakers on Tuesday.