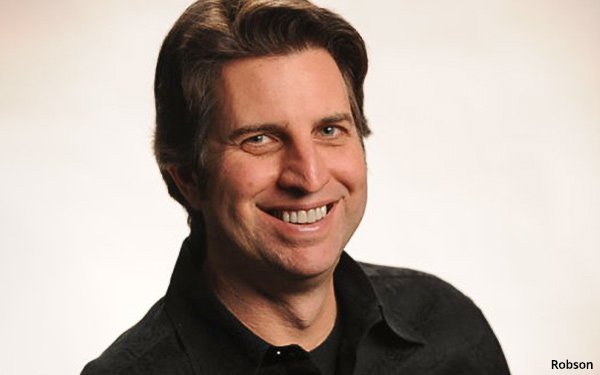 It is barely a year since Scott Robson came on board as editor of AV Club, the site billed as “Pop culture obsessives writing for the pop culture obsessed.” And much has changed. For one thing, parent G/O has relocated the operation from Chicago to Los Angeles, and the site has a new team that is “just starting to get its sea legs,” as Robson puts it. AV Club also has several new features. And it has adopted a slightly different tone. Publishers Daily talked to Robson on Tuesday to discuss the legacy and future of this pop culture institution.

Publishers Daily: Why did you move to L.A.?

Robson: G/O saw an opportunity to set up the operation right next to Hollywood and put us more in touch with creators and producers, whether to do interviews with talent or get closer to the entertainment community. I’m from L.A. I started my career in L.A., although I’ve lived in New York twice-- I ran Moviephone and AOL TV for AOL, then worked at MTV.

Publishers Daily: Didn’t some writers refuse to move from Chicago?

Robson: We did make offers to the team in Chicago to relocate. They decided not to make the move, which is fine. We’ve been able to build a team that we’re very excited about. We have a new film editor, a new TV editor, a new film writer--we’ve added three people to the team in the last few weeks. We have nice brand-new offices. We can see the Hollywood sign on a clear day from the office.

Publishers Daily: Does that imply a change in direction?

Robson: We’re not necessarily changing direction so much as freshening things up. Through nobody’s fault in particular, the site had lost a little bit of its energy over the past few years. But that’s changing, between the move to L.A., and bringing in some fresh ideas and energy and people.

Publishers Daily: How so?

Robson: AV Club made its bones on really sharply written reviews and smart features and sharp profiles, and we’ll continue to do that. But we’re putting a lot of emphasis on breaking news, and we’re seeing the fruits of that. Our ComScore [ranking] went up 37.4% from May.

We’re also kind of leaving some of the snark behind. It had its moment, but I think people don’t respond to meanspiritedness and snarky the way they did a few years ago. We’ll still be funny and irreverent, but not out and out mean.

Publishers Daily: But didn’t that snarky writing kind of make the product?

Robson: We’re not losing our voice, we’re just not coming on in full attack mode. We don’t pull any punches with our reviews—we just gave somebody a D minus. They understand that’s part of our charm. We’re valued greatly for our editorial integrity. And we’ve got really active message boards, not something you find much. It’s all about engagement. We just did Brad Pitt’s top 20 movies last week. It was the top story in terms of traffic.

Publishers Daily: What new features are you adding?

Robson: When I was offered this opportunity and told people I was taking the job, I was amazed at how many said, "That’s great, I’m really happy for you. Can you tell me what to watch?"

There are too many options. It’s a natural extension -- helping users and readers find things they want to watch. So we have "What’s On," five things to watch tonight, "What to Watch" on weekends. We’ve got a Watch On newsletter, along with our daily newsletter.

Publishers Daily: What’s else is in the offing?

Robson: Awards coverage. The AV Club has not done a lot of this, but there’s a real opportunity in that space. The award shows are not as popular now as they were several years ago, but people still argue about who gets nominated, and who wins.. I created "The Envelope" section for the L.A. Times. We should be front and center to Hollywood awards season. We’re not going create a new Envelope, but we’re considering an awards vertical within the site.

Publishers Daily: Just for the Oscars?

Robson: We’re talking about the Oscars, the Grammys, the Emmys, and the Cannes Film Festival and Sundance.

Publishers Daily: Are you doing any TV or video?

Robson: We don't have any TV plans at moment, but we have actively increased our video output, something else that was important to me coming on board. G/O hired a terrific video producer, Garth Bardsley. I worked with him at MTV. We’re putting on an average of two videos per day, but we’re not where we want to be, Newswire does a video version of a news story. Almost every day we have a fresh interview. Today it’s the cast of Hulu's  "Reservation Dogs." What a group -- fun and goofy.

Publishers Daily: Anything else?

Robson: Film and TV databases. We’ve developed some really neat pages that tell you who’s in the film, what the rating is, who the director is, and all the latest meta data on a movie. It just came online in the last six to eight weeks, and it’s working out very nicely.

Publishers Daily: Can I go read about old movies like "Gone With The Wind"?

Robson: You’ll have to go to the "Gone With the Wind" page. There you’ll see Clark Gable and Vivien Leigh.

Publishers Daily: How many people do you have on board?

Robson: We’ve got about 16 on the team, and a sizable roster of freelance writers that contribute everything from news to reviews. We’re looking for talented writers and editors who can do everything from a great headline to a well-written think piece. We want to be smart, thoughtful -- we’re not aiming for the lowest common denominator.

Publishers Daily What kind of shape is the movie industry in now?

Robson: There’s been  some great results this summer, even dating back to the end of last year with "Spider-Man: No Way Home" -- it did terrific box office for studio, and helped drive some nice traffic for us. They’ve made huge strides in the last six months, but it’s not where it was due to COVID and other factors that kept people from going to theaters.

And "Top Gun: Maverick." Maybe we underestimated how popular "Top Gun" was -- it caught everybody by surprise. We had a pretty good heads-up it was going to be good, but I don’t think anybody expected it would be that good.