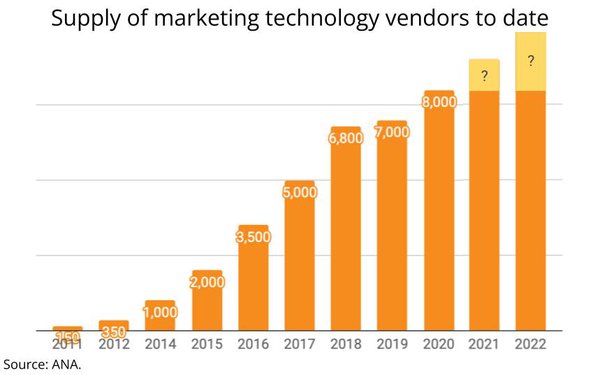 The supply of marketing technology vendors powering the programmatic advertising marketplace grew more than 520% over a nine-year period, analyzed by the Association of National Advertisers in its just-released "The CMO's Guide To Programmatic Transparency" report.

The analysis estimates there were more than 8,000 suppliers as of 2020, and they had been expanding at around 1,000 per year in recent years, suggesting the pool could now be well over 10,000.

That ever-expanding supply helps explain the complexity of the programmatic advertising marketplace, and the reason the ANA has compiled the primer targeting CMOs and other marketing management executives in order to help them make better decisions -- especially given that the ANA estimates the majority of marketing technology costs do not go into "working media" that actually impacts a consumer directly.

“Most companies are paying more than they have to for their media supply chain,” ANA CEO Bob Liodice says in a statement released with the report. “This is due to factors such as the rapid development of programmatic ad buying, a lack of transparency, the overlap of many providers and services, and the complexity of the process itself. This guide will help marketers overcome those obstacles and significantly reduce their programmatic costs.”

The report provides a simple overview of the overall marketplace and its growth and complexity, and offers practical advice, guidelines and worksheets to help marketers assess their current and future programmatic technology stack, as well as its supply chain.

The ANA's recommendations include: 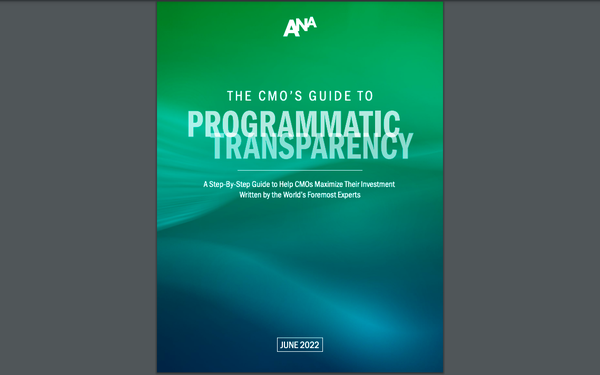