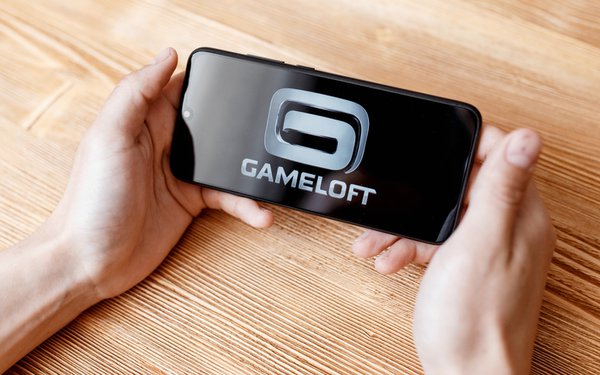 A Gameloft mobile app for children that featured Mickey Mouse, Anna from “Frozen” and other Disney and Pixar characters violated the federal children's privacy law by failing to clearly disclose its data practices to parents, an industry watchdog said Tuesday.

The decision, issued Tuesday, stemmed from a routine review by the Children's Advertising Review Unit, which examined the app's privacy disclosures.

Those disclosures indicated that the app automatically collects IP addresses, device identifiers and precise geolocation data, and that the data is used to serve behaviorally-targeted ads, according to the watchdog. At the same time, the company says in apparently inconsistent privacy statements that Disney Getaway Blast prevents the collection and use of children's precise geolocation data, and only shows children contextual ads.

The self-regulatory group found that the app violated the federal Children's Online Privacy Protection Act by failing to post a privacy policy that's “clearly and understandably written, complete, and contains no unrelated, confusing, or contradictory materials.”

That law prohibits app developers from knowingly collecting personal information from users under 13 without parental permission, and requires app developers to inform parents about privacy practices.

As part of its review, the watchdog downloaded the app, and when presented with an age-screen, submitted a birthdate of a 10-year-old. After agreeing to four separate privacy policies, an Apple prompt then asked for permission to track activity across other companies' apps and sites, according to the decision.

After receiving an inquiry from the Children's Advertising Review Unit, Gameloft said it had misconfigured the Apple settings. The company said its Apple settings have now been revised and that the app now only asks users who are at least 13 to agree to tracking.

Gameloft also told the Children's Advertising Review Unit that the app's practices “are adapted to the user’s age once the user inputs their age into the age-screen,” and that the “collection and processing of personal information vary depending on whether the user is identified as an adult or a child,” according to the opinion.

Gameloft said it will revise its interface and privacy policy to more clearly explain its data collection and ad practices, according to the opinion.

Disney Getaway Blast also violated self-regulatory guidelines in several respects -- including by showing ads that were not clearly labeled, and by using manipulative tactics to pressure children into watching ads or making in-app purchases, according to the watchdog.

“The app includes ads that are not labeled as advertising and which consist of full-screen videos that do not provide clear and conspicuous exit methods,” the opinion states.

Children who attempt to solve the in-app puzzles are “induced to watch ads by the promise of free 'rewards,'” the watchdog says.

Also, some of the ads aim to manipulate users into making in-app purchases by showing fictional characters “looking sad and disappointed” when users discontinue the game instead of purchasing in-app currency to keep playing.

“For young children, the enticement and pressure to earn rewards or boosters to continue gameplay encourages them to watch unnecessary ads, make excessive in-app or in-game purchases, or inadvertently or unknowingly engage with an ad,” the Children's Advertising Review Unit wrote.

The group said those tactics “are exploitive, manipulative, and unfair.”

Gameloft said it will work with its partners “to ensure all ads served within the app will continuously show 'ad' or 'advertising' labels and provide earlier and clearer exit routes, according to the opinion.

The company also said it will “keep improving their design review processes in a continual effort to bring the most appropriate and safest products to their underage audience.”