MTV Studies Millennials In The Workplace: Uses It To Transform Its Own, Maybe Even Yours 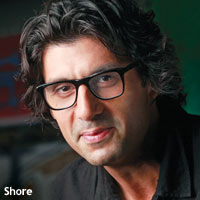 When it launched to a generation of baby boomers in the early 1980s, the “M” in MTV stood for “music” -- but based on some new research, the letter now stands more for “Millennials,” the generation that is reshaping today’s consumer and media markets, and even MTV itself. While it’s no surprise that the Viacom network has been refocusing on the current youth market, it’s also allowing today’s youth to refocus MTV, both from the outside in, and the inside out.

On the outside, MTV has just completed one of the most in-depth studies of the work habits of Millennials, the findings of which may surprise some. On the inside, it is using that research -- and some seemingly counterintuitive organizational strategies -- to transform its own workplace, in an effort to remain relevant with a generation MTV believes will reshape everything about, well, everything.

“These are the people who are going to be the new idea generators,” says Nick Shore, senior vice president-strategic insights and research at MTV, in a briefing with MediaDailyNews.

Shore, who oversaw the research (highlighted below and in an op-ed commentary in today’s edition), says many organizations, particularly marketers, think of Millennials as the same kind of slackers that the Generation Xers that preceded them were perceived as being, but the truth is that they have a strong worth ethic, and in some ways, integrate their work lives with their personal lives in an even bigger way than Boomers have.

“They’re really different in the workplace,” he explains, noting: “If there are distinctions between things -- if you put things into boxes of black and white -- Millennials are really good at melting those boundaries, at creating a smoothification of things.”

Shore believes this is among the key differences that set Millennials apart from preceding generations, and that companies that understand that will be able to tap their innovation, and create new products, services -- and yes, even work cultures -- for the future.

He says MTV believes that so much that the first product it is using the research to transform is its own work culture. In an array of initiatives spawned by President of MTV Stephen Friedman, top MTV executives are now being told what to do by the youngest members of their teams. Friedman coins the concept “reverse mentoring,” and the idea was that the only way MTV’s largely GenX management team would be able to get inside the mindsets of Millennials would be to put them more in charge.

Shore says it starts at the top, and that Friedman’s Millennial mentor has already has a profound influence on MTV and even its product: Friedman’s mentor came up with a new category in MTV’s vaunted Video Music Awards recognizing the “best video with a message.”

Shore says his own Millennial mentor “is not shy,” and recently asked him “why we don’t get to review you.”

In fact, he says an important distinction about Millennials in the workplace is that they actually want a “perpetual feedback loop.” Whereas Xers may have eschewed any feedback -- even an annual review -- Shore says, “Millennials are like, ‘Can you give me daily reviews?’ Their drive to self-improve is extremely high, and it reflects the world they grew up in, because they’re in a constant feedback loop.”

Shore says that begins with their parents, the super-achieving Boomer generation that some criticize for over-parenting their kids -- a term Shore calls “peerenting” -- but also the media they grew up with, especially social media.

Shore says MTV is in the process of “socializing” the research findings with some of MTV’s biggest clients, but the biggest impact of the new research so far is internal, both in terms of the way MTV is organized and in terms of its product. Because Shore also advises MTV’s programming team, some of the Millennials’ workplace perspectives have begun to infuse MTV’s new programming, especially new Millennial workplace series “Underemployed,” as well as some other series in development.

Millennials In The Workplace Research Highlights

music
1 comment about "MTV Studies Millennials In The Workplace: Uses It To Transform Its Own, Maybe Even Yours".
Check to receive email when comments are posted.
Next story loading