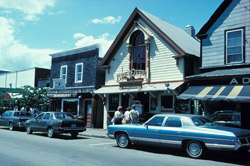 Small and medium-sized businesses (SMBs) have been slow to adopt process automation marketing tools, but nearly three-quarters report revenue growth above plan, compared with only 53% of those who have not deployed the tools, according to research.

The research found that SMBs have begun investing more in marketing tools, specifically automation. About 61% report spending more than the 2% of revenue average that large enterprises spend. The biggest suggestion from the study points to tying marketing automation tools into a company's customer relationship management (CRM) platform to improve lead-to-revenue strategies.

Automation is a strong tool to support lead generation, but sometimes lead management comes "at the expense of a commitment to fill the top of the funnel," according to the study. Effective lead management has become a top concern for SMBs. Overall, 70% of SMBs engage customers through leads.

Only 19% of SMB survey participants report implementing software that automates marketing and lead management processes. This is less than half of the adoption rate of 45% reported by the broader audience of large enterprise B2B marketers, according to the study.

Some 50% or of SMB marketers rely on a variety of traditional marketing tactics, from trade shows to digital marketing.