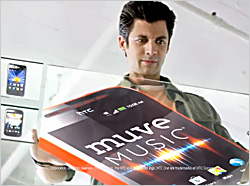 Prepaid wireless carrier Cricket Communications is taking direct aim at customers of the larger, post-paid companies (specifically AT&T and Verizon Wireless), luring them with the pitch that “half is more.”

Through a new marketing campaign that will include television, online video, digital, print, radio and cinema advertising, the San Diego-based company emphasizes that its monthly rates are much lower than the rates one might pay through contract wireless plans (the tradeoff, generally, is that post-paid customers get phones at deep discounts).

“We feel there’s tremendous savings versus AT&T and Verizon,” company representative Greg Lund tells Marketing Daily. “People have been conditioned to the post-paid experience, and they don’t really take stock of what they’re paying and what they’re being offered.”

An online video on the company’s Web site (which could be turned into an ad) illustrates the selling point, showing a food truck selling hamburgers for either $10 or $5, and giving the customers a choice of what to pay. “She paid $5. She’s very smart,” says the vendor, adding: “If you have a choice, you wouldn’t pay double for anything. So why are you still doing it with AT&T and Verizon?”

Out-of-home and retail elements will also drive home the comparison between Cricket and the two larger carriers, as well as emphasizing the breadth of Cricket’s devices and other products and services. The company will also include local-market activations directly related to the campaign.

While Cricket’s previous marketing had stressed the value of Cricket’s prepaid plans, they had been targeted more at the general consumer, rather than specific customers of a different carrier. With the market having reached a saturation point, the company needed to be more direct in approaching competitors’ customers, Lund says.

“We’ve tried to show the same thing, but not in the same way,” Lund says. “We’ve changed from a strict value message. We felt we needed to emphasize what you could get for your money.”

The digital elements of the campaign have already begun rolling out. Television commercials begin in early June.