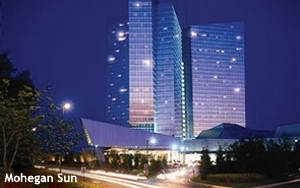 Connecticut's Office of Tourism is introducing "Revolutionary Thoughts," a $3.4 million tourism campaign to showcase the state's diverse array of experiences that travelers can enjoy without driving too far.

Connecticut-based Adams & Knight created the advertising campaign in partnership with tourism and travel agency MMGY Global. Media buying and planning is being handled by Norwalk-based Media Storm. FleishmanHillard, is responsible for national and in-state public relations and social media efforts.

"What we learned from brand research, meeting with hundreds of stakeholders, multiple focus group sessions and testing various creative executions, is that Connecticut's rich breadth and depth of experiences, within close proximity to each other, and close proximity to our travelers, is what sets us apart from our New England neighbors," said Kip Bergstrom, Deputy Commissioner of the Department of Economic and Community Development, Connecticut's Office of Tourism.

"Being still revolutionary means your getaway includes something you didn't know you could get here. This campaign shows those who are looking for a multi-layered travel experience that Connecticut is the place for them."

The advertising campaign -- running April through August -- includes TV, out of home and digital advertising, along with public relations and digital initiatives. The heaviest presence for the ads will appear in key regional markets, such as the greater New York City metro, Hartford/New Haven, Providence, Western Massachusetts markets.

A social media effort includes the "#CTGetaway Sweepstakes" awarding winners one of six "Revolutionary Getaways" featuring partners in the ad campaign and others such as The Farmington Inn, Hilton Hartford and the Sheraton Hartford Hotel at Bradley Airport.

Entrants submit their ideas across Connecticut's Facebook, Twitter, or Pinterest channels for "perfect pairs" activities -- two Connecticut activities they think make a great getaway -- through May 2.

A new series of advertisements to promote economic development in the state will debut in May and will extend the still revolutionary brand and messaging.

Connecticut's Office of Tourism initially launched the new state brand identity -- Connecticut's Still Revolutionary -- in 2012 to build pride among residents and bolster the state's reputation as a business and tourism destination.