Microsoft Brings Reddit And MTV To Xbox One, Updates Twitch 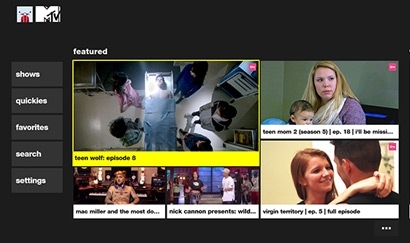 The Xbox One Tuesday will introduce Reddit and MTV apps to the system, as well as increase functions and tools for Google's YouTube Twitch app -- complete with voice search and navigation.

ReddX, the Reddit app, snaps to the side of the TV screen. Comments and posts flow down the left rail with video clips and photos on the right. Microsoft has designed for the user interface specifically for the screen on the Xbox One entertainment console. Down the left rail, insight into what's new is revealed, and posts containing albums are sorted. Users can click on a comment to read the post, reply, and up- or down-vote, similar to the feature on Reddit. Viewers can play embedded YouTube videos in the app, as well as pause and rewind animated GIFs.

Microsoft also brings to Xbox One new features for Twitch, a Google YouTube-owned company. These include auto zoom and audio capture from headsets as well as "watch with friends," which allows users to see the same broadcast that up to six friends watch while on Xbox One. Twitch will add a feature that enables Microsoft's technology, Kinect, to follow and zoom in on the viewer's face while broadcasting.

Microsoft also will bring MTV to the Xbox One in the U.S., featuring sneak peeks, bonus clips, and recent full episodes from select MTV series with a TV subscription. The app supports the latest in pop culture news, fashion, and glance behind-the-scenes of blockbuster movies.