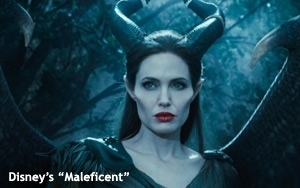 In an unusual partnership announced Tuesday, Apple and Google have agreed to allow consumers who purchase a Disney movie from either of their online stores to watch it on smartphones, tablets and other digital devices that run on their rival's operating system.

Consumers who register with the Disney Movies Anywhere app who buy a copy of Frozen from the Google Play store on an Android tablet can later watch the film on an Apple TV or iPhone through their iTunes library. It all starts today.

The partnership underscores an increased focus for traditional media companies like Disney to stream movies online. "We set out to create an exceptional Disney experience that made owning digital movies easy and fun, and with Google Play now on board following our successful launch in February, we are able to deliver unprecedented availability and ease for consumers across a broad range of mobile devices," Janice Marinelli, president of Disney Studio In-Home and Digital Distribution and Disney-ABC Content Distribution, said in a prepared statement.

The partnership allows consumers using the Disney Movies Anywhere app to explore the moviemaker's library of more than 400 active digital titles from Disney, Pixar, and Marvel; then preview upcoming offerings and watch hours of free and exclusive short-form content. The inability to cross-stream content across operating systems has stifled online video.

Originally, Disney unveiled the Disney Movies Anywhere in February. It gives consumers access to all Disney movies purchased in one account, and lets the owner download them to a device or stream them over the Internet. With Google joining the fray, it gives consumers more options on where to stream the content and the videos.

Some 61% of consumers participating in a study from Crackle and Frank N. Magid Associates stream video weekly -- up 44% from last year, when 72% of millennials streamed weekly, up from 52%, respectively. Released in October, the New Living Room survey of 1,200 adults between the ages of 18-49 revealed that streaming video across all devices is the second consideration in the evening, right after watching what's airing on TV.