Digital Media M&A Predicted To Pick Up Steam In 2015 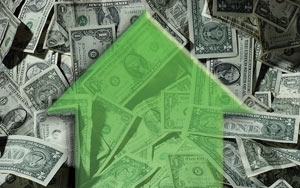 Merger & acquisition deal values in digital media, information & technology rose 48% in 2014 compared with 2013. The aggregate total value of announced M&A deals rose to $224 billion in 2014 from $151 billion in 2013, per a report from a boutique investment bank and advisory firm.

Coady Diemar Partners estimates that 2,239 acquisitions in digital media, information & technology were announced last year -- up from 2,019 in 2013 -- and activity should continue to pick up in 2015. The firm tracks M&A deal activity in eight sectors in the market.

Announced deals in software represented $48 billion or 21.7% of the total -- up from $27 billion and 17.7% in 2013 -- followed by mobile, digital content and information, evenly distributed and each accounting for between 17.8% and 15.0% of the total. Facebook's WhatsApp acquisition for $19.7 billion substantially increased the value of mobile M&As.

The firm categorized 28 deals as search, search engine optimization or paid-search marketing, and 178 deals categorized as digital agencies. "Many have search engine capabilities, but since many of these acquired agencies provide so many other services, we didn't list search, SEO or SEM as the primary categorization," said Chris Ensley, director at Coady Diemar Partners.

Interestingly, Google, Yahoo, Publicis, and WPP Groupe were the most active acquirers. Overall, 2014 was an active year in the advertising technology sector, with 100 M&A transactions representing $7.5 billion in value, more than 3x the value of deals in 2013.

With advertisers wanting to use fewer vendors, Coady Diemar financial directors expect to see an increase of M&A activity around larger companies looking to gobble up smaller ones with specific services, as they attempt to become full-service providers.