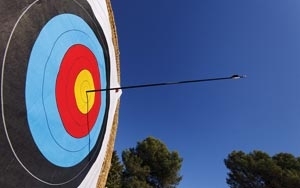 Qualia, which focuses on consumer intent targeting in real-time, will announce Monday a partnership with BlueCava that integrates more data to analyze changes in human behavior through intent signals for better ad targeting across devices.

The partnership also improves cross-device attribution, helping brands target ads more accurately, from desktop to smartphones for brands, as well as their agency partners like Havas and IPG Media.

The partnership allows Qualia's platform to identify when intent signals occur on one device, such as a check-in to a location on a smartphone, but influences consumer behavior on a desktop. Based on consumer behavior, the technology provides insight on the most effective media to serve. Additional data supports the ability to more accurately target ads.

Phil Myers, CEO at BlueCava, which has a long history in parsing data, said the company sees lots of signals to determine related transactions -- about 50 billion signals daily. The company built a map similar to the way Google and Bing built graphs to connect related objects for search results. It can identify impressions and actions, and filters it down to leave only the important data such as devices, impressions, and actions.

"We're building a cross-screen association map that can connect 760 million mobile devices to 260 million consumers and 140 million households," Myers said. "That's the U.S. universe we serve. … Qualia is doing something similar with intent by being able to capture signals of interests in brands"

Meanwhile, Kenton Langstroth, director of partner integration at IPG Media Lab, called Qualia's machine learning algorithm, which can parse mounds of data, "secret sauce." The relationships Qualia forms with companies like BlueCava, will make its technology smarter by integrating and crunching additional data sources. "It makes the technology smarter about cross-device or cross-screen targeting," he said.

It's been quite the evolution from Qualia's early days of a check-in technology analyzing Twitter data. "It was a little clunky," Langstroth said. "There was not a filter because the platform didn't have enough data. Every time a brand mentioned they sent a reply, but it was almost like they were tone deaf. Hey, you said Chili's. Here's a Chili's ad, but did you say something positive or negative?"

Additional signals across devices support better ad targeting, eliminating waste, per Qualia CEO and co-founder Kathy Leake. "We're looking at consumers across screens, and we make sure they exhibit several signals before qualifying them to see an ad," she said.

By leveraging these rich consumer intent signals gleaned across e-commerce, apps and social media, marketers are able to capture, understand and optimize behavior at the middle of the funnel, or the heart of the purchase cycle.

Late last year, Qualia changed its name from LocalResponse and branched out to other data areas. However, it is sticking with commercial intent signals, signing up data partners to support targeting related to price alerts, wish lists, past purchase history, and more.