Out There Lands Farfetch, Roberto Cavalli 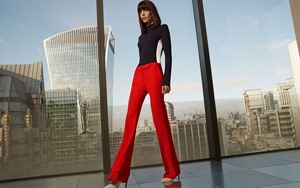 With extensive experience working with high-end fashion brands, branding and creative agency Out There is adding two more to its roster: Farfetch and Roberto Cavalli.

Farfetch, an ecommerce site for designer fashion brands, has selected Out There to guide its media strategy, which includes its first-ever advertising campaign.

Under this effort, Out There will target fashion-forward and elite shoppers in the U.S. and UK.

The campaign launches in print with the March issue of Vogue, followed by Vanity Fair, W and regional titles, such as Ocean Drive and Paper City. Out of home and digital campaigns will launch concurrently in New York, Chicago and LA, as well as fashion and lifestyle Web sites such as Style.com and Departures.com.

Out There will place the brand in print advertising, with the majority of its 2015 media budget going into national fashion titles such as Vogue, Harper's Bazaar and Elle. However, the brand will increasingly shift into digital initiatives beginning in the fall 2015 as the brand focuses on expanding its presence online.

“We are thrilled to work with these two exceptional brands, one iconic and one meteorically rising,” said Samantha Fennell, managing director of Out There’s U.S. office. “Both are entering a new phase of growth, and Out There will help them to engage in new methods of outreach to attract luxury consumers across the globe.”