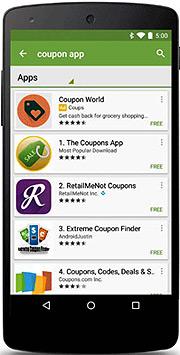 Google announced a program Thursday that will allow mobile developers to advertise their apps in the Google Play. In the next few weeks, the company will begin piloting sponsored search results in the app store, bringing what looks similar to a native ad in query results.

The app ads in Google Play will initially become available to advertisers that already run search ads on Google.com. They will serve up against Google Play search results in the app store.

Advertisers will have an opportunity to bid on the ads matching a specific search query, such as "hotel apps," "coupon apps," "weather apps" or "game apps."

The 100 billion-plus Google.com searches each month have improved content discovery for users and advertisers, and now the search ads on Google Play will do the same for app publishers, Michael Siliski, product management director of Google Play, wrote in a blog post.

In the past year, Google has paid more than $7 billion to developers distributing apps and games on Google Play, per Siliski.